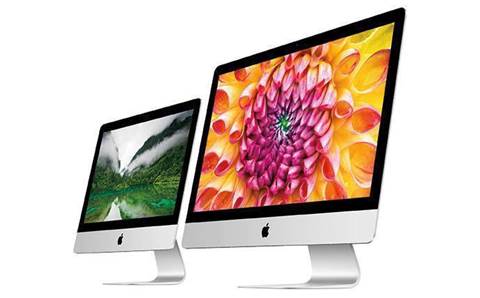 Even without the help of major Mac lineup refreshes that were just announced, Apple is already seeing a rebound in its Mac business.

On Tuesday, Apple announced major updates to two long-neglected members of the Mac family, the MacBook Air and Mac Mini.

And yet, on Thursday, Apple showed that the Mac business is already improving—even without the refreshes—from the sagging results seen earlier this year.

Cook cited "strong performance" of the MacBook Pro notebook, along with increased customer demand from the back-to-school season.

Revenue reached $7.41 billion for the Mac business during the fourth fiscal quarter, up 3.3 percent from $7.17 billion a year earlier--and well above the $5.33 million in Mac sales of the previous quarter sequentially.

Apple CFO Luca Maestri specified that the Mac revenue results for Q4 were driven by Apple's update in July to the MacBook Pro with Touch Bar.

The update improved the performance, keyboard and display of both the 13-inch and 15-inch MacBook Pro with Touch Bar models. Apple "saw great response to our new MacBook Pro" during the fourth fiscal quarter, Maestri said.

Apple is looking to continue the Mac momentum in its current quarter, with the new MacBook Air and Mac Mini set to begin shipping on 7 November.

On Tuesday, Apple announced a full redesign for its MacBook Air, which had stayed mostly unchanged for years prior to this refresh. A leading update is the addition of Apple's Retina display, along with improvements to performance and portability.

For the new Mac Mini, which hadn't seen a refresh since 2014, Apple is providing a major improvement to performance while retaining a wide range of ports.

Apple also announced on Tuesday a refresh to the iPad Pro, which is coming not a moment too soon, as iPad revenue plunged by 15.3 percent during Apple’s fourth fiscal quarter. The iPad generated US$4.09 billion in revenue during the quarter, down from US$4.83 billion the year before.

The upcoming refresh to the iPad Pro, which also ships 7 November, includes a new 11-inch size to replace the 10.5-inch iPad Pro in the lineup, along with an updated 12.9-inch model.

Key changes for the new iPad Pros include a new processor for boosted performance and a switch to USB-C for connectivity, while the tablets also shift from Touch ID fingerprint authentication to Face ID facial recognition for authentication.

Meanwhile, revenue for iPhone jumped 28.9 percent during Apple’s fourth fiscal quarter, reaching US$37.19 billion. That's up from US$28.85 billion the year before.

During the quarterly call Thursday, Maestri also touted "great progress in the enterprise market" for Apple. He cited data points such as an increase in IBM MobileFirst for iOS deals—which provide iOS business apps that leverage both Apple and IBM technologies, and which now has 240 “large” customers.

Maestri also pointed to Apple's addition of Salesforce to its list of strategic partnerships. The agreement is seeing the two companies team up to give Salesforce and related apps a more-optimal experience on iOS.