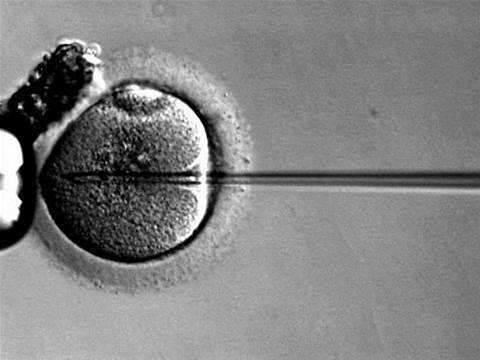 How much is delaying a family worth? For female employees at Facebook and Apple, the answer is around US$20,000, according to NBC news.

The two tech giants are apparently prepared to shell out to pay for egg freezing procedures, with the idea that women can progress their careers without having to worry about declining fertility.

Facebook has already begun offering the "perk", according to NBC, while Apple will be making it available from the new year.

"We want to empower women at Apple to do the best work of their lives as they care for loved ones and raise their families," the company told the BBC.

A blow for or against gender equality?

Family-focused policies aren't unusual in Silicon Valley. According to Wired, the egg-freezing offer is just the latest step in a movement among tech companies to "bolster their arsenal of perks for female workers".

Facebook gives female employees US$4,000 in "baby cash" to spend as they wish, while Apple offers adoption support and up to US$15,000 for fertility treatments.

Emma Rosenblum, editor of the Etc. work-life section of Bloomberg Business Week, said many women describe freezing their eggs as an "empowering" experience.

"If a 25-year-old banks her eggs and, at 35, is up for a huge promotion, she can go for it wholeheartedly without worrying about missing out on having a baby. She can also hold out for the man or woman of her dreams," she said.

Shelley Correll, a sociology professor and director of the Clayman Institute for Gender Research at Stanford University, told the news agency AP: "Anything that gives women more control over the timing of fertility is going to be helpful to professional women."

But some are more skeptical about the idea. Daisy Sands, head of policy at the Fawcett Society, told the BBC: "There's a danger that with this sort of policy companies give a signal - or even promote the idea - that a woman needs to postpone having children in order to succeed in the workplace."

"It again puts the onus on women rather than men to think about when to have children and how this will impact on their career," she said, adding it could also mean important structural changes are not introduced.

"Would this option help remedy the deficits faced by women who want to have children on the partnership track or would it in fact exacerbate discrimination against women who do choose to have families early on while at the firm, with the thinking being 'she could have waited'?" he asked in a blog post last year.

"More generally, would this be a blow for or against gender equity?" Cohen asked.