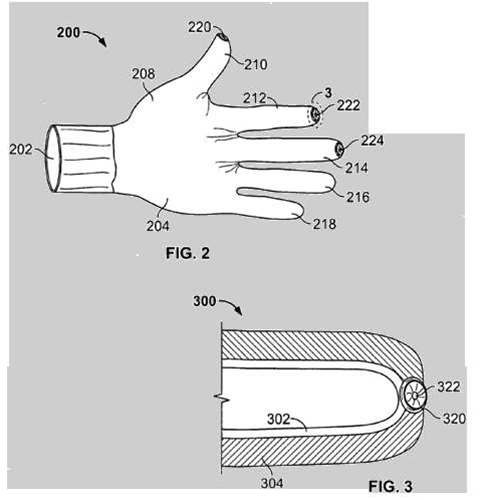 Apple has patented an iPhone glove.

A technology company in China has sued Apple for allegedly contravening one of its patents in the creation of the US giant's automated personal assistant Siri.

In another legal worry for Apple in the country this week, Shanghai media reported that Zhi Zhen Internet Technology had accused Apple of contravening its patent for a “chatting robot system”, granted in August 2004.

The company developed the Xiao’i voice recognition system used in Lenovo’s smart TV, while the technology has also been implemented by China Mobile and Shanghai’s Human Resources and Social Security Bureau.

The Chinese company wrote to Apple in May this year, asking to settle the dispute without litigation.

Media reported the company sued Apple in a Shanghai court in June, asking for a ruling that the US company had infringed its patent but not requesting compensation.

According to legal analysts in China, the no-compensation tactic likely means Zhi Zhen will ask Apple for an out-of-court payment that could exceed the $US60 million the iPhone maker agreed to pay Taiwanese company Proview this week over an iPad trademark dispute.

Speaking to the Modern Express newspaper in China, company chairman Tong Yu said Apple had applied for the Snow Leopard trademark in 2008 in the country, but was rejected.

The case is to be heard in a Shanghai court next Tuesday, with the Chinese company seeking a public apology and $US79,000 in compensation.

The vice-chairman and secretary-general of the China Mobile Internet Industry Alliance, Li Yi, said many cases against Apple were brought in hopes of settling the issues outside of court.

Yi pointed to an increasing trend in patent hoarding by Chinese companies in an attempt to profit on the success of other products in the country.