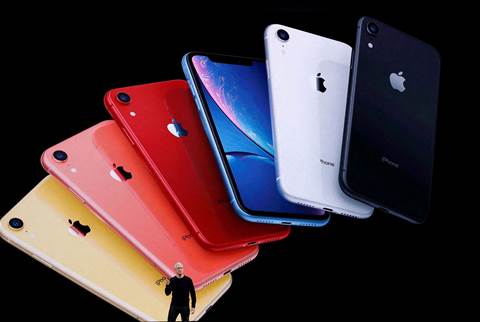 Apple forecast growing problems as COVID-19 lockdowns snarl production and demand in China, the war in Ukraine dents sales and growth slows in services, which the company sees as its engine for expansion.

Shares were down 3.5 percent after executives laid out their glum outlook on a conference call. The news outweighed strong results for Apple's quarter ended in March, including record profit and sales.

Chief Financial Officer Luca Maestri warned in an interview that the war in Ukraine would leave a bigger dent on sales in the current quarter.

He told analysts on the call that supply-chain issues would hurt sales in Apple's fiscal third quarter by US$4 billion to US$8 billion, "substantially larger" than the hit in the second quarter.

Supply problems were focused on a corridor in Shanghai, China and reflected COVID disruptions and silicon shortages, he added. The pandemic was also affecting demand in China, he said.

Indeed, other high-profile tech companies also raised concerns. Amazon posted a disappointing outlook as it was swamped by higher costs, sending its shares down 10 percent after the close, and Intel Corp forecast a gloomy quarter based on supply chain issues, and its stock fell 4 percent.

Apple's overall fiscal second-quarter revenue was US$97.3 billion, up 8.6 percent from last year and higher than analysts' average estimate of US$93.89 billion, according to Refinitiv data.

But Maestri said that services growth would decelerate from the March quarter, while remaining in double-digits.

Apple also announced a 5 percent rise in its dividend to US$0.23 per share and board approval to buy back an additional US$90 billion in shares.

Investors have been bracing for drops in consumer spending on tech gadgets and services as the war in Ukraine and other factors drive up the cost of oil, food and other staples.

Some consumers also have put more money into travel and entertainment outside their homes as COVID-19 outbreaks become less deadly, eating into home technology budgets.

Maestri said in an interview that the war in Ukraine affected revenue as Apple withdrew from Russia, but he declined to specify an amount. He said the hit to sales would be greater in the current quarter.

Asked about rising inflation, Maestri said demand, particularly for iPhones, had been higher than the company had anticipated at the start of the quarter. Inflation was affecting expenses, he said.

But remote work has benefited other businesses.

Apple said iPad sales fell 2 percent to US$7.65 billion due to supply-chain constraints. They were still above analysts' average estimate of US$7.14 billion.

Revenue from Mac computers, also facing supply-chain issues, rose 14.7 percent to US$10.4 billion, compared with estimates of US$9.25 billion.

Sales of wearables, home speakers and accessories rose 12 percent to US$8.8 billion, compared with estimates of US$9.05 billion.

Maestri said Apple’s watch and AirPods sold well, and attributed the miss to seasonal variability in demand for other accessories.

The services business is vulnerable to antitrust sanctions in the United States, Netherlands, South Korea, South Africa and many other countries that are weighing whether the company's fees are too high.

Apple said it now has 825 million paying subscribers across its at least seven subscription offerings, up by 40 million from 785 million last quarter. Its growth comes as rivals such as Netflix Inc report subscriber losses.

Labor unrest could newly affect Apple, too. More than 70 percent of the over 100 eligible workers at an Apple store in Atlanta last week backed a filing for an election to become the company's first US shop to unionise.

Grow your software revenue by selling these 5 affordable, essential tools for the modern workplace
By Paresh Dave and Nivedita Balu
Apr 29 2022
10:03AM