Apple fails to get Samsung products banned in the US 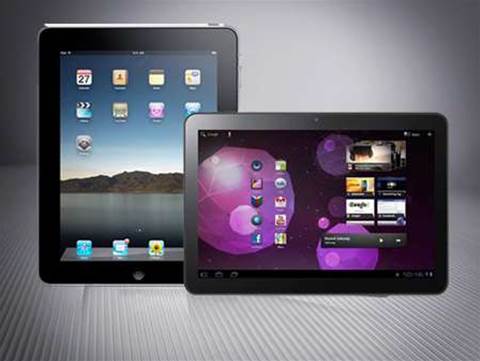 Apple has failed in its attempt to stop sales of Samsung's Galaxy line of smartphone and tablets in the US – albeit temporarily.

Apple had been trying to block sales of Galaxy products in the US market as part of a patent war across 10 countries, but the ban was shot down by US District Judge Lucy Koh.

Although Koh said she suspected Samsung may have infringed upon Apple's patents, and the case continues, she declined Apple's bid to halt sales of the Galaxy S 4G, Infuse 4G and the Galaxy Tab 10.1.

"It is not clear that an injunction on Samsung's accused devices would prevent Apple from being irreparably harmed," Koh wrote in the decision, according to the Reuters news agency.

She said Apple still needed to prove the validity of the patents it was contesting.

Apple could still win the overall case, due to be finished in July next year, but the withdrawal of a ban threat is welcome news for Samsung in what is a peak sales period.

The company last week recorded a short-lived victory over Apple in a similar case in Australia, but that was over-turned on appeal.