Apple forecasts growth for Mac, iPad due to remote work and education 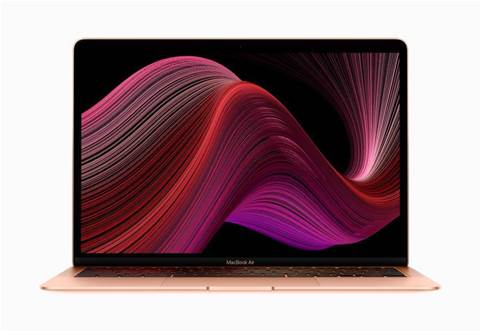 While Apple notably avoided getting specific on its business outlook, the company on Thursday touted its Mac and iPad product lines as sources as growth going forward as the COVID-19 crisis continues.

"We believe that iPad and Mac are going to improve on a year-over-year basis during this quarter--and that's [from] customers that are either taking online education, or working remotely," Apple CEO Tim Cook said Thursday during the company's quarterly call with analysts.

The current quarter--Apple's third fiscal quarter, which runs through the end of June--is the first full quarter of sales for new products including refreshed versions of the MacBook Air laptop and iPad Pro 2-in-1 tablet.

Apple did not provide specific guidance for its fiscal Q3 due to "the lack of visibility and certainty in the near term," Cook said. Apple's stock price dropped 2.4 percent, to US$286.82 a share, in after-hours trading Thursday.

Revenue for the iPhone is expected to drop during the current quarter, on a year-over-year basis, even as the Mac and iPad businesses are expected to grow, Apple CFO Luca Maestri said during the earnings call Thursday.

When asked by an analyst whether Apple sees opportunities for new revenue streams in the wake of the coronavirus pandemic, Cook again cited the increase in working and learning remotely. "I think we have significant solutions and products for all of those groups," he said.

On Thursday, Apple reported results from its second quarter of fiscal 2020, ended March 28.

While all three of Apple's traditional hardware categories saw declines during the quarter, the Mac saw the lowest drop of the three with revenue slipping 2.9 percent year-over-year, to US$5.35 billion.

For Apple's fiscal second quarter, total revenue saw slight growth--coming in at US$58.31 billion, compared to US$58.02 billion during the same period a year earlier.

Cook said that Apple has begun to see improvements in all of its hardware categories during the second half of April, though--including in iPhone, following the launch of a refreshed iPhone SE model on April 24.

"Part of [the April improvement] is due to our new products. A part of it is due to the stimulus programs taking effect in April," Cook said. "And then a part of it is probably the consumer behavior of knowing this is going to go on for a little while longer, and [customers] getting some devices and so forth lined up to work at home more."

While Apple's three traditional hardware businesses fell during the company's fiscal Q2, the company’s Wearables, Home and Accessories category--including products such as AirPods and the Apple Watch--jumped 22.4 percent to reach US$6.28 billion in revenue. That marked record for the March quarter, the company said.

Services, meanwhile, achieved all-time record quarterly revenue for Apple by climbing 16.5 percent to US$13.35 billion, buoyed by growth in services such as the App Store and Apple Music, company executives said.

Cloud application revenue made easy
By Kyle Alspach
May 1 2020
2:19PM