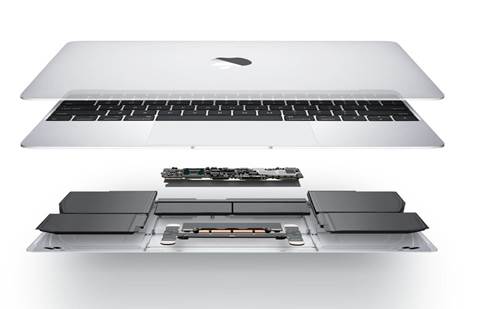 Apple is facing a class action lawsuit over claims the hardware maker knew that the "butterfly" keyboard on its MacBook range was defective, but launched the device anyway.

According to the lawsuit, "Apple knew that the MacBook is defective at or before the time it began selling the affected models to the public. Complaints of keyboard failures began to come in shortly after the 2015 MacBook was launched."

The lawsuit claims the MacBook has been assembled in such a way that when "minimal amounts of dust or debris accumulate under or around a key, keystrokes fail to register".

Apple is accused of trying to dodge its warranty responsibility by failing to "provide an effective remedy for the defect, instead instructing consumers to attempt futile repairs or troubleshooting, and fails to provide an effective repair that does not lead to repeated keyboard failure".

"Apple representatives frequently attempt to pass blame for the defective keyboards to
consumers, telling the consumers that their problems are due to dust and debris getting under the keyboard, and that consumers – not Apple – should try to fix this problem."

According to the text of the class action lawsuit, which was brought by liability attorneys Girard Gibbs and filed in the United States District Court Northern District of California, "Despite awareness of the keyboard defect, Apple equipped future model MacBook and MacBook Pro laptops with the butterfly keyboard, and continued selling these laptops to consumers at premium prices."

The lawsuit takes issues with Apple's continued claim that the butterfly keyboard is "superior and highly responsive" with “four times more key stability than a traditional scissor mechanism".

As evidence of the widespread fault, the claimants pointed to a petition on Change.org demanding Apple replace the "defective" keyboard mechanism, which had attracted 19,425 signatures at time of writing.

The lawsuit is calling for "appropriate injunctive and declaratory relief", including demanding Apple provide adequate disclosure of the defective nature of the MacBooks and pay plaintiffs' costs to remedy replacing defective MacBook laptops.

Apple did not immediately respond to enquiries.