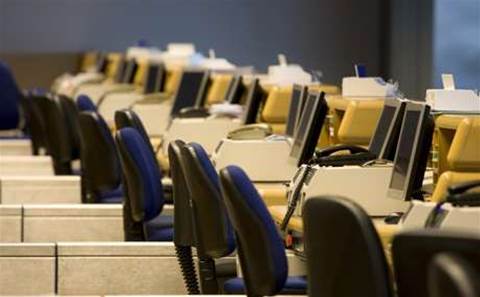 Apple and IBM's recently announced partnership signaled their desire to take on the mobile business world together, in a move leaving many industry executives to ponder what that will look like and how it will impact the workplace and the future of PCs.

“Interestingly from a historical perspective, IBM and Microsoft started working together in the late 80s, early 90s, and that sort of heralded the beginning of the PC era,” said Bob Tinker, CEO of MobileIron, a leader in the Enterprise Mobile Management space.

“At some level, the IBM-Apple partnership that’s now happening around IBM building applications for mobility, I think signals the end of the PC-era and the death of the desktop, and really the beginning of the new mobile-first era.”

The deal brings together Apple, a leader in the consumer mobile market, and IBM's profound presence in the space for enterprise solutions and services. IBM will provide enterprise-level customised applications, services and solutions on iOS devices as an Apple reseller to businesses as a result of the partnership.

Tinker sees his company benefiting from the Apple-IBM partnership as he sees it expanding the mobile industry and accelerating adoption of mobility for large companies. This expansion of the mobile enterprise, will result in demand for the stationary desktop workstation to contract, according to Tinker.

“There is a paradigm shift that is happening where the future of computing will be mobile, and the form factor may look like a desktop or laptop. And that’s an enormous transition for the industry to go through. You’re seeing Apple harmonise Mac OS and iOS. You’re seeing Windows 8.1 phone and Windows 8.1 desktop are fundamentally based on the same operating system model. So the future of computing is coming together, and it’s actually based on mobile operating systems in different form factors.”

The MobileIron CEO welcomes the change that he anticipates happening sooner than most expect, as he pointed to newer desktop operating systems, such as Windows 8.1 and the soon to come OS X Yosemite, as harmonised versions of its maker’s mobile operating systems.

Still, industry statistics show there's still life in the PC market. Worldwide sales declined 1.7 percent in the second quarter this year, according to IDC. Hwoever it was the smallest decline in the market since the second quarter of 2012.

Microsoft and Intel have both cited PC sales as a positive factor in recent financial results. In July Gartner reported flat growth worldwide for PC shipments, after eight quarters of decline.