While searching for the best new smartphone for your needs, it’s never a bad idea to start with Apple’s iPhone and Samsung’s Galaxy. The most popular iPhone for the moment remains Apple’s iPhone 11, which boasts a large display, a solid camera and a reasonable price for what you’re getting. Samsung’s latest Galaxy phone to hit the market, the Galaxy Note 20, has more to offer when it comes to special features—such as the S Pen stylus that’s included in the phone. Which of the two smartphones is a better fit for you? What follows is our comparison of the Apple iPhone 11 vs Samsung’s Galaxy Note 20 on specs, price and special features. 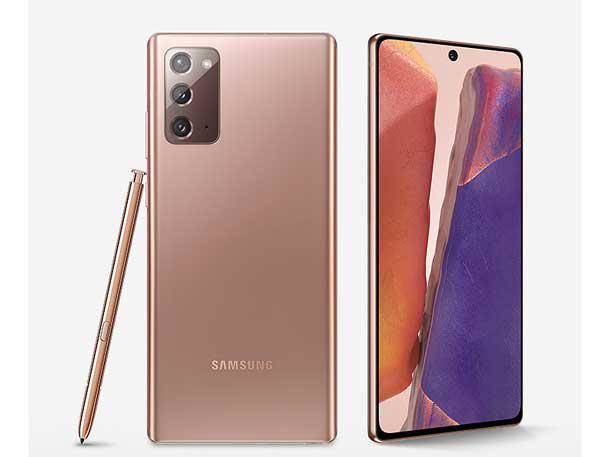 Arguably, the most significant upgrade for the Galaxy Note 20 display is the addition of a 120hz refresh rate. The provides for smoother display motion, such as when scrolling on the device. That compares to a 60hz refresh rate on the iPhone 11. The iPhone 11 rear camera system is not as powerful as the Note 20’s, with the iPhone 11 including a pair of 12-megapixel cameras. Those include a wide-angle camera and an ultra-wide camera with a 120-degree field of view. Other camera features include portrait lighting, optical image stabilization on the wide-angle camera and enhanced night mode.

One new addition to the Note lineup with the Galaxy Note 20 series is the introduction of “ultra wideband” technology. Ultra wideband enables several capabilities, one of which is the ability to share files with another device just by pointing at it. The technology also will enable the Note 20 devices to serve as a digital key for gaining building access or going through an office turnstyle, Samsung said.

Samsung is also continuing to emphasize high-speed 5G connectivity with the Galaxy Note 20, which will support for both variants of 5G. That is, the Galaxy Note 20 will support both sub-6GHz 5G connectivity and the higher-speed variant—known as millimeter-wave 5G. Meanwhile, the iPhone 11 (and all iPhones to date) are lacking in the 5G department; iPhones supporting 5G are not expected until this fall at the earliest. Another major difference between the two devices in our comparison is that the Galaxy Note 20 is the only one to come with an included stylus. For the S Pen, the stylus that’s housed inside the Note, Samsung has made several improvements. Those include reduced latency for a more natural “pen to paper” type of feeling, according to the company. In the Notes App, meanwhile, the S Pen can now be used to annotate PDF files, which can be imported directly into the app. Samsung has also expanded the “air actions” that are available through gestures with the S Pen. Air actions enabled with the stylus now include move backward, home, move forward, recent app and screen capture. That should make the Note 20 a formidable competitor to the iPhone 11 in the performance department. Initial benchmark tests show a close match between the Snapdragon 865 Plus and the CPU in the iPhone 11, the six-core A13 Bionic. Additionally, the Galaxy Note 20 should get a further performance boost thanks to having double the RAM. The Note 20 offers 8 GB of RAM, compared to a reported 4 GB of RAM in the iPhone 11. Samsung isn’t offering specific estimates on the battery life for the Note 20, though the phone features a sizable battery at 4,300 mAh. Apple hasn’t been willing to give a specific battery life estimate for the iPhone 11, either. But we do know that the iPhone 11 battery is not nearly as large as the Note 20 battery, with the iPhone 11 reportedly featuring a 3,110 mAh battery. Still, the use of a higher-resolution OLED display in the Galaxy Note 20 may very well drain the device’s battery faster than the lower-res LCD screen does on the iPhone 11. Samsung has continued to support, and improve, its DeX capability with the launch of the Galaxy Note 20. DeX lets users pull up an Android desktop on a separate display or PC that is powered by their Galaxy device--allowing users to potentially have just one device for all of their computing needs. For last year’s launch of the Note 10 series, Samsung enabled users to access DeX just by plugging the phone into a Windows PC or a Mac (using an included USB-C to USB-C cable). With the Galaxy Note 20, DeX is now going wireless for the first time; Samsung says Note 20 users will be able to pull up DeX wirelessly on Smart TVs (or on devices that support wireless Miracast connectivity).

The Galaxy Note 20 vs iPhone 11 price comparison is not an equivalent one—due to factors such as the Note 20’s larger, OLED display; inclusion of an S Pen, 5G support and special features such as DeX; and a larger battery with double the starting storage of the iPhone 11. Samsung’s starting Galaxy Note 20 price is $1,499.99, whereas the Apple iPhone 11 price starts at $1,999. If you went with an iPhone 11 with 128 GB of storage—the same as on the Note 20—the pricing goes up to $1279.