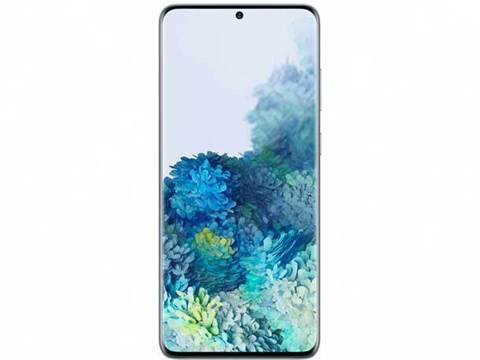 It's that time of year again, when Samsung has just announced its new Galaxy smartphones for the year and we're still months away from seeing what Apple has in store for the year. It wasn't that long ago that Apple launched its new iPhones, of course; in September 2019, the company debuted the iPhone 11, and it quickly became the company's most popular phone in the lineup.

That was no doubt due in part to it being the most affordable model—with a lower price than its successor, the iPhone XR, too. Now, Samsung has unveiled its answer to the iPhone 11 with its new Galaxy portfolio, with the lowest-price model in the lineup being the Galaxy S20. Yet while these are both the most affordably priced offerings in Apple and Samsung's latest smartphone lines, they are not in quite the same ballpark in terms of price or features.

Which of the two phones is a better fit for you? Let's compare Apple's iPhone 11 vs Samsung's Galaxy S20 on specs, features and price. 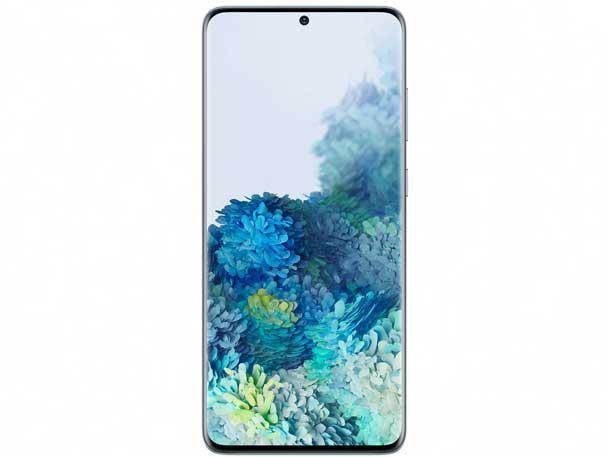 Apple's iPhone 11 and Samsung's Galaxy S20 are similar on the size of their displays—though it could be argued that that's where the display similarities end. The iPhone 11 offers a 6.1-inch LCD display with resolution of 326 pixels per inch (ppi). The Galaxy S20 is slightly larger at 6.2 inches and is more vibrant with the use of OLED display technology and with far higher resolution of 563 ppi. Additionally, the S20 features a true edge-to-edge design thanks to its small camera cutout, in contrast to the sizable notch at the top of the iPhone 11 display.

That's not to say the iPhone 11 display is a disappointment; the use of Apple's much-loved Retina technology, paired with True Tone color enhancement, still provides the iPhone 11 with a nice-looking screen, according to our tryouts.

Perhaps the biggest upgrade for the Galaxy S20 display is the addition of 120hz refresh rate for smoother display motion. The feature will be most noticeable when using the phone for gaming, but should provide a smoother experience all-around, such as when scrolling on the device. That compares to a 60hz refresh rate on the iPhone 11. Samsung is seeking to differentiate the Galaxy S20 with some big camera upgrades. The three-camera rear system features a telephoto camera with 64 megapixels for improved detail in images, compared to 12 megapixels last year. The other two cameras—wide-angle and ultra-wide—come in at 12 megapixels. Key features of the S20 camera system include up to 30X zoom capabilities and enhanced night mode capabilities for low-light situations. Meanwhile, Samsung is addressing the issue of feature overload with phone cameras—with a new option called "Single Take" that removes the need to decide which mode to use in the spur of the moment. With some help from AI, the Single Take option automatically captures photos and videos using several modes at once—including live focus, ultra-wide and smart crop. Users can then decide which images and videos they want from a gallery of options.

Apple's iPhone 11 camera system is not quite as powerful, with the device including a dual rear camera system of 12-megapixel cameras. In addition to wide angle, the iPhone 11 has an ultra-wide camera with a 120-degree field of view for taking expansive shots. Other camera features include portrait lighting, optical image stabilization on the wide-angle camera and improved night mode. While iPhones typically beat out Android devices on performance thanks to Apple's speedy A series processors, that could be changing with the 2020 launch of new Samsung Galaxy S devices. That's because the devices, including the Galaxy S20, feature Qualcomm's powerful new Snapdragon 865 processor. Initial benchmark tests show that the eight-core chip performs 8 percent faster than the processor in the iPhone, the six-core A13 Bionic.

Additionally, the Galaxy S20 should get a further performance boost thanks to having a significantly larger amount of RAM. The S20 offers 12 GB of RAM, compared to a reported 4 GB of RAM in the iPhone 11. With carrier deployment of high-speed 5G networks expected to become more widespread in 2020, Samsung is bringing a major emphasis on 5G in its new devices. All of the new Galaxy S devices, including the Galaxy S20, will feature 5G connectivity by default. It should be noted that the Galaxy S20 will only offer sub-6GHz 5G connectivity—not the higher-speed, millimeter-wave 5G that is rolling out from carriers including Verizon. Still, the iPhone 11 (and all iPhones to date) are lacking in the 5G department; iPhones supporting 5G are not expected until this fall at the earliest. Among other things, Samsung has touted 5G as a major Galaxy S20 feature for business users since it eliminates the need for using insecure public WiFi. The 5G connectivity in the Galaxy S20 is enabled by the Snapdragon 865, which includes a 5G chipset, the Snapdragon X55 Modem-RF System. Neither Apple nor Samsung has been willing to get specific on battery life estimates for their respective devices. What we do know is that the Galaxy S20 features a far larger battery than the iPhone 11, with the S20 battery size at 4,000 mAh and the iPhone 11 reportedly at 3,110 mAh. However, the use of a higher-resolution OLED display in the Galaxy S20 may very well drain the battery faster in the S20 than the iPhone 11's lower-res LCD screen—so there may not be a significant difference on battery life in real-world usage between the two devices. On storage, the Galaxy S20 has just one configuration—128 GB of internal storage—though it does come with a microSD slot enabling up to 1 TB of additional storage. The iPhone is available in three storage variants—64 GB, 128 GB or 256 GB. One feature on both the iPhone 11 and Galaxy S20 that business users should appreciate is dual SIM. That means that users can have two phone numbers on the same device—one for work and one for personal use. In both phones, the dual SIM is accomplished with a physical nano-SIM and a digital eSIM.

Meanwhile, the Galaxy S20 also provides access to Samsung's DeX Android desktop, as on previous Galaxy devices. The device also includes a Network Storage option—whereby corporate users can access their own servers when saving files to avoid the use of third-party cloud services. In the My Files app on the Galaxy S20 devices, users can save either files onto an FTP server or save files onto a network drive.

One key iPhone 11 feature for business users is Apple's User Enrollment solution, introduced with iOS 13. The solution allows corporate workers to easily keep their personal data and business data separate on their iPhone, making bring-your-own-device a more-appealing prospect for many workers.

Samsung says it will be opening pre-orders for the Galaxy S20 on Feb. 21, and the phone will start shipping on March 6.

As mentioned, the iPhone 11 vs Galaxy S20 price comparison is not an equivalent one. Though as you've seen, these are not exactly equivalent phones: the Galaxy S20 has more to offer when it comes to the display, camera, processor, battery, RAM, connectivity and business features—basically, more to offer across the board. (It is, of course, an Android device, which is no doubt a deal breaker for many users.) For all of that, Galaxy S20 price starts at $1,349, versus the iPhone 11 starting price of $1,199. The Galaxy S20 has twice the internal storage (128 GB) as the base model iPhone 11 (64 GB). For an iPhone 11 model with 128 GB of storage, the pricing is $1,279.