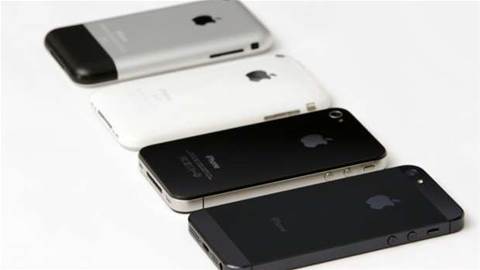 How long should an iPhone last? That's not a rhetorical question - like “how many roads must a man walk down?” or “would you like to make Yahoo your default search engine?” - it turns out it's a real question with a real answer.

And that answer, according to Apple, is three years.

This may come as a surprise to mobile networks that routinely offer iPhones and its rivals on contracts that last for just two thirds of that time before offering you an 'upgrade', but that's what Apple claims in its new environmental Q&A section of the website.

It suggests the same lifetime for Apple Watches, and a year extra for MacBooks and iMacs, at four years.

"To model customer use, we measure the power consumed by a product while it is running in a simulated scenario,” the company explains. “Daily usage patterns are specific to each product and are a mixture of actual and modelled customer use data. Years of use, which are based on first owners, are assumed to be four years for OS X and tvOS devices and three years for iOS and watchOS devices.”

The same page goes on to outline some of the elements that it doesn't use in its products and provides a little explanation as to how it calculates the Greenhouse Gas contribution of each product over its life.

Although Apple themselves would admit that this is far from environmentally perfect, the company seems to be doing more than just giving lip service to the fact that our thirst for faster gadgets and biannual upgrades is doing horrible things to the planet, and simply isn't sustainable. By being transparent about their own environmental policy, they are both forcing a conversation on the issue, and hopefully encouraging others to follow suit.

At the same time, it's quite hard to square off the circle of a company that clearly is concerned about climate change and the environment, while simultaneously releasing improvements to its hardware every 12 months like clockwork.

This cognitive dissonance is visible even within the company presentations. The launch of the iPhone SE devoted a huge amount of time to the company's green credentials at the start, before Phil Schiller, senior vice president of worldwide marketing at Apple described the fact that there are over 600 million five-year-old PCs in use as “sad”.

A planet with finite resources ensures something has to give eventually.

600 million PCs over 5 years old is "really sad"... that doesn't sit well with the whole environmental message from earlier. #AppleKeynote

Images via LWYang and Yutaka Tsutano used under Creative Commons