Apple is making itself the anti-Facebook 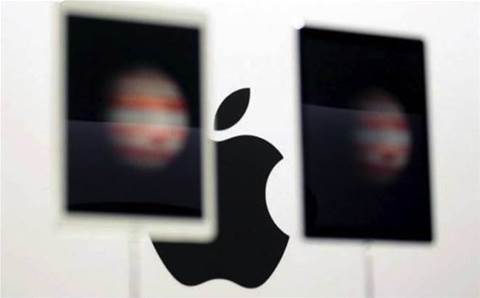 Apple wasn’t crass enough to mention Facebook’s many, many, sins of omission and commission.

But every Apple presenter during its announcement event used the slide below to explain that Apple stands for careful content curation, deep security commitment and personalisation without cloudy commodification of your data. After 90 minutes of that stuff it was all-but impossible not to believe that Apple is all that stands between you and your crazy Uncle, the far-right clickbait he shares and the faintly creepy comments he leaves on photos of your kids at Christmas. 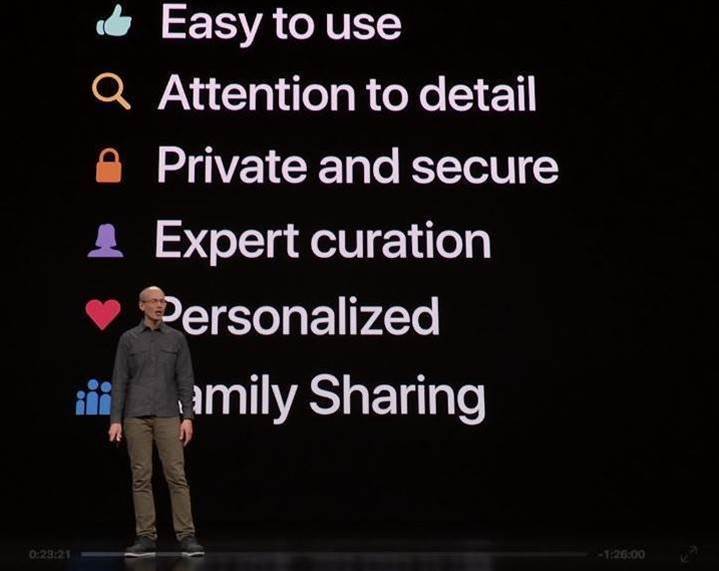 The overall message was loud and clear: Facebook is only free because you are the product, and we all know how badly that’s worked out.

Apple’s counter offer is that by paying a premium for devices and signing up for subscription services, your online world will be curated by Oprah, Steven Spielberg, the editors of the world’s most trusted mastheads, and nice people wearing expensive business casual knitwear. You’ll still have online connections, but they’ll be sane, safe and will share stuff that leaves you well-informed and thoughtfully entertained. Not riled up or scared.

Never mind that the sheer breadth of the new services – a news and magazine aggregator, a film and TV studio, games-as-a-service and even a credit card – show Apple quite likes Facebook’s model of building services so comprehensive that they all-but make the wider web redundant. And never mind that Apple’s world is expensive and therefore less accessible.

Apple hopes we will shunt aside all such concerns because the alternative has so often proven so awful.

That’s one more way that Apple is now the anti-Facebook: the scale of its ambition. Facebook relies on network effects and therefore wants everyone on Earth on its platform. Apple knows it only needs a slice of humanity to haul in hundreds of billions every year, even if handset sales slow.

If Apple can pull this off, it’ll be a fabulous trick. And with regulators’ ire currently concentrated on those seen to turn personal data into trouble, Apple has a chance of making pricey, pretty and private particularly profitable.

Eliminating departmental friction within MSPs
By Simon Sharwood
Mar 29 2019
11:59AM