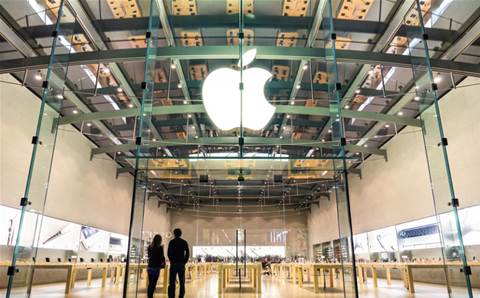 Apple will loosen App Store rules that have banned companies like Netflix from providing customers a link to create a paid account to bypass Apple's in-app purchase commissions, the company said late on Wednesday.

It is the second concession to regulators and companies in less than a week as the iPhone maker faces legal, regulatory and legislative challenges to the App Store, which forms the core of its US$53.8 billion services segment.

But Apple will still ban developers from taking other forms of payment inside apps on the iPhone, the key practice that "Fortnite" creator Epic Games, Spotify and Match Group have said they want to end.

Apple collects commissions between 15 percent and 30 percent from in-app purchases and erects barriers to keep developers from steering users toward payment alternatives. One such rule had barred "reader apps" - where users consume content that they purchased elsewhere - from providing a link to sign up for a paid account.

Apple on Wednesday said it will drop that rule starting early next year as part of the conclusion of an investigation by the Japan Fair Trade Commission (JFTC).

Apple said it agreed with the JFTC to let developers of these apps share a single link to their website to help users set up and manage their accounts. Though the change is part of an agreement with the JFTC, Apple said it will be applied globally.

Previously, Apple had allowed a link for account creation but only if creating the account did not involve entering payment information. That meant companies like Netflix, which has no free tier of service and requires payment at signup, could not provide a link.

Last week, Apple reached a deal with a group of developers in the United States in a class-action lawsuit as the iPhone maker awaits a ruling by the same US judge in a separate App Store dispute brought by Epic Games. In that agreement, Apple ended a ban on developers' telling users in email messages outside an app about payment alternatives.