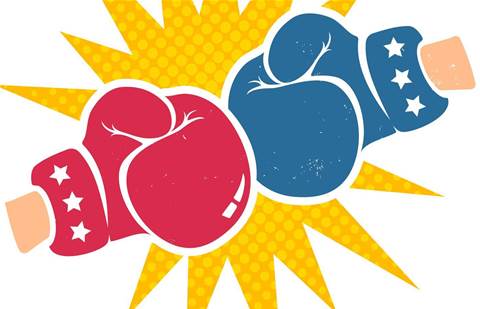 When it comes to buying a laptop in 2020, design matters. You don‘t have to choose between a laptop that looks amazing and one that will get the job done for you. That’s thanks both to advances in processor performance and to design innovations at top laptop makers such as Apple and Dell. Both companies have some impressive laptops for 2020 that combine speed, portability and aesthetics--such as Apple’s MacBook Air and Dell’s XPS 13, both of which have received big updates in recent months. If you are considering one of these two laptops for yourself, which is the best fit for your needs? In the following slides, we compare Apple’s MacBook Air for 2020 vs Dell’s XPS 13 on price and specs. 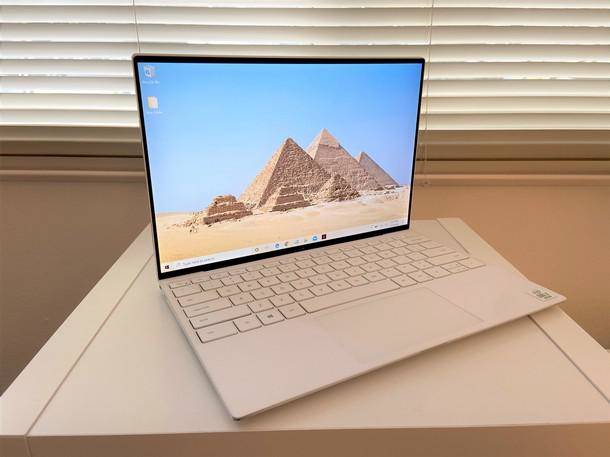 Apple‘s new MacBook Air and Dell’s XPS 13 for 2020 feature displays that are similarly sized, but not identical. That’s because Dell has upped the screen size to 13.4 inches this time around, while Apple has stuck with 13.3 inches for the MacBook Air display. The notebooks also differ on display resolution and touch capabilities. Options for the XPS 13 display include UHD+ (3,840 x 2,400) resolution, along with FHD+ resolution (1,920 x 1,200), available with either a touch or non-touch screen. The MacBook Air, of course, is only offered with non-touch display (like all other Mac notebooks to date). And it only comes with one resolution, which falls between the two options for the XPS 13, at 2,560 x 1,600 pixels.

Perhaps an even more noticeable difference between the two laptops is what is around the displays. While the XPS 13 has consistently featured slim bezels around its screen, Dell has reduced the borders on the 2020 model, producing a screen-to-body ratio of 91.5 percent--and getting the notebook closer to an edge-to-edge design than the latest MacBook Air, which continues to feature thicker bezels around its screen. As mentioned, the design matters a lot with the two laptops in our comparison. Both are ultra-sleek, thanks in large part to the use of precision-milled aluminum in their enclosures. The two laptops also offer some very nice color choices for the notebook body. For the XPS 13, buyers can choose between “platinum silver” (with a black palm rest) and the ever-appealing ”frost white” color (with white palm rest). The MacBook Air has three color choices. Along with the usual silver and space gray options, the new MacBook Air also has a brighter option with an available gold finish. Among the biggest upgrades on the 2020 MacBook Air is the updated keyboard design. The “Magic Keyboard”--which takes the place of the troubled butterfly keyboard on previous models--uses a scissor mechanism and offers 1 mm of key travel for a more-stable feel and improved typing comfort.

The latest XPS 13 has also gotten a keyboard redesign, with 9-percent larger keycaps and key travel of 1 mm, identical to the key travel on the MacBook Air keyboard. That‘s a reduction on key travel from the previous XPS 13 model, however, which offered 1.3 mm of key travel. Meanwhile, the touchpad is 17-percent larger on the 2020 XPS 13. The latest MacBook Air moves up to quad-core processors for the first time with 10th-generation Intel Core processors (up to Core i7 with a clock speed of up to 3.8GHz). That amounts to up to 2X faster performance over the previous-generation model, according to Apple. The XPS 13 also features 10th-gen Intel Core chips, but it can be configured to be speedier with a quad-core, Intel Core i7 that is rated at up to 3.9GHz. In general, the XPS 13 is more performance-oriented than the MacBook Air--which is the lower-performance model in Apple‘s MacBook lineup when compared to the MacBook Pro. That dynamic is also confirmed by the available memory options--the XPS 13 offers up to 32 GB of RAM, while the MacBook Air has a maximum of 16 GB of RAM. The MacBook Air maintains its tradition of portability with a starting weight of 2.8 pounds and a thickness of 0.63 of an inch. The XPS 13, however, is a bit lighter at 2.64 pounds (for the non-touch model)--and thinner, too, at 0.58 of an inch thick.

On battery life, the XPS 13 FHD+ model is the winner with up to 12 hours of usage promised on a charge (according to Dell, citing MobileMark 2018 benchmarks). Apple promises up to 11 hours of wireless web usage on the latest MacBook Air. However, the MacBook Air will get you more battery life than the UHD+ model of the XPS 13; that model only offers up to 9 hours and 37 minutes of usage per charge, according to Dell‘s citation of MobileMark 2018. On storage, Apple has doubled the amount offered on the base-level model of the MacBook Air, with storage now starting at 256 GB. The laptop offers several other storage configurations as well--512 GB, 1 TB or 2 TB. Both Apple‘s MacBook Pro for 2020 and Dell’s new XPS 13 offer entry-level prices, but there is of course a catch: the base models in each case come with an Intel Core i3 processor, which performance-oriented users may not be satisfied with. The starting MacBook Air price is $1599 in Australia but that option for the XPS 13 is not available in Australia,

Cloud application revenue made easy
By Kyle Alspach
Jul 13 2020
7:11AM