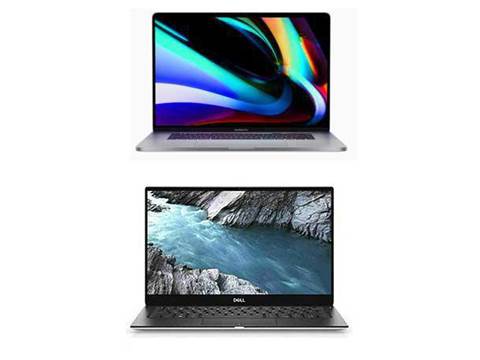 In the competition for 2021’s best laptop, Apple’s MacBook Pro with M1 vs Dell’s new XPS 13 is one of the key matchups. Both notebooks are generally excellent with every new update, but the latest MacBook Pro has a secret weapon: the addition of Apple’s high-performance M1 processor. While only the 13-inch MacBook Pro is available with the M1 for now, the chip still offers big performance gains over Intel processors, according to recent benchmarks. Meanwhile, Dell’s XPS 13 for 2021 also features some major upgrades including a vibrant and colourful OLED display option and 11th-generation Intel Core processors (which are no slouch on speed, either). Other updates on the new MacBook Pro and XPS 13 include enhancements to battery life and collaboration features. Which of the laptops is the best fit for you? What follows is our comparison of Apple’s new MacBook Pro (M1) vs Dell’s XPS 13 on price and specs.

Other than looking at the M1 vs Intel processor comparison, potential buyers will want to take note of the differences on display options with the MacBook Pro and XPS 13. The two biggest distinctions are that only the XPS 13 offers an option for an OLED display and for a touch screen. Like all Apple notebooks to date, the MacBook Pro with M1 does not offer a touch screen and only offers LCD display technology. However, Apple compensates to a large degree by offering the MacBook Pro with the company’s much-loved Retina display technology.

The notebooks’ displays are similar on size but not identical, with the MacBook Pro display measuring 13.3 inches and the XPS 13 just a bit larger at 13.4 inches. Both displays offer high brightness of 500 nits. In terms of resolution, the XPS 13 has several choices to offer. The OLED XPS 13 features resolution of 3.5K (3456 x 2160), while there’s also an even higher-res model with UHD+ resolution (3840 x 2400) on the included LCD touch screen. The new XPS 13 can also be configured with an FHD+ (1920 x 1200) display, available as a touch or non-touch screen. The MacBook Pro with M1 falls in the middle of the XPS 13 options, with its display resolution of 2560 x 1600. 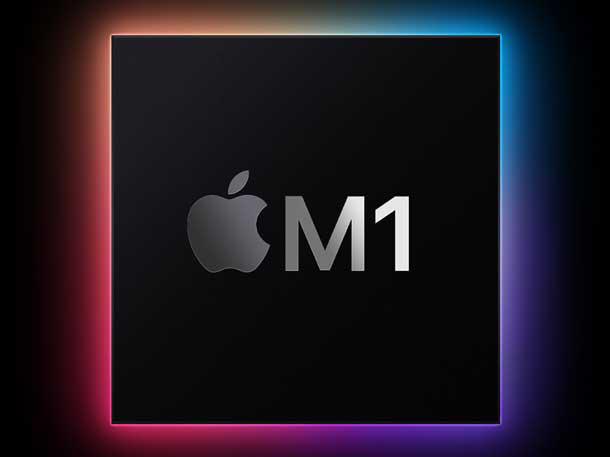 Apple’s 13-inch MacBook Pro is among the first devices to come equipped with the company’s speedy, Arm-based M1 processor. The M1 features an eight-core CPU and an eight-core GPU.

How does the XPS 13 compare on performance to the M1-powered MacBook Pro? Recent benchmark scores suggest a speed advantage for the MacBook Pro with M1, even when it’s up against the fastest XPS 13. Geekbench 5 scores for the M1 and Core i7-1185G7 show the M1 winning out both in single-core and multi-core tests. The M1’s performance advantage should most noticeable on more-demanding, multi-core tasks, according to the Geekbench 5 results. The small all-around size of the latest XPS 13 is something Dell has been touting for the notebook, with company promoting the notebook as being “stunningly small.” But there’s truth to the claims: The XPS 13 has a volume of just 52.8 cubic inches--making it 13-percent smaller all-around than the MacBook Pro with M1, which has a volume of 61 cubic inches. The XPS 13 is also 12-percent lighter (for the non-touch model) at 2.64 pounds, versus 3 pounds on the MacBook Pro--and a bit thinner, too, at 0.58 of an inch thick (compared to 0.61 of an inch on Apple’s notebook).

A key part of the compact form factor for the XPS 13 comes from its use of slim bezels around the display. The notebook offers a 91.5-percent screen-to-body ratio, according to Dell. The screen-to-body ratio for the 13-inch MacBook Pro has been reported at 79.6 percent.

Other design considerations for the potential buyer include the fact that both notebooks are available in two colours. The MacBook Pro is offered in Silver or Space Gray, while the XPS 13 is offered with either a Platinum Silver exterior and black interior, or a Frost exterior and “arctic white” interior. In terms of collaboration features, Dell is offering a Widescreen HD (720p) webcam that only takes up 2.25mm of space, enabling the inclusion of the webcam at the top of the display even with the slim-bezel design. The laptop also includes a “studio” microphone array, featuring dual mics, along with a speaker system offering stereo 2.5W speakers that are “professionally tuned” with Waves MaxxAudio Pro technology, according to Dell.

There are also some collaboration-friendly updates on the 13-inch MacBook Pro with M1. Those include the addition of a “studio-quality” array of three mics, along with Apple’s newest camera image signal processor--which enables “sharper images and more detail in shadows and highlights on video calls,” Apple said in a news release. The MacBook Pro offers stereo speakers with support for Dolby Atmos playback.

In terms of battery life, while the XPS 13 has typically beat out past MacBook Pro models on battery life, the addition of the M1 chip may be providing an advantage there, as well. The M1 includes high-efficiency cores for conserving battery life during less-intensive tasks. The result is the longest battery life of any Mac to date, according to Apple—with up to 20 hours of video playback available (doubling the previous promise of 10 hours for the MacBook Pro).

By comparison, the XPS 13 FHD+ model offers a respectable—but not as lengthy—battery life promise, with the notebook capable of providing up to 14 hours and 11 minutes of streaming video on a charge. If you opt for the UHD+ model of the XPS 13, battery life drops to a maximum of 8 hours and 12 minutes, according to Dell. Because this is the base model of the 13-inch MacBook Pro, the notebook only includes two ports—and both are USB-C / Thunderbolt. The XPS 13 also only offers two USB-C / Thunderbolt ports, along with a microSD card reader. With either laptop, that means getting used to owning dongles for converting from USB-C to other connector needs, such as USB-A or HDMI.

On storage, the MacBook Pro with M1 and the new XPS 13 offer identical configuration options. Both notebooks come with a base level of 256 GB of storage—and can also be configured with 512 GB, 1 TB or 2 TB.

While Dell’s base-model XPS 13 is easily the winner in terms of affordability, the differences on processors are worth noting when comparing prices between the XPS 13 and MacBook Pro. The current starting price for the new XPS 13 is $1758.98, which gets you Intel’s 11th-gen Core i5. The MacBook Pro with M1 has a starting price that is $120 higher, at $1,899. Both entry-level models come with 8 GB of RAM, with the XPS 13 having 512GB SSD storage and 256GB for the MacBook Pro.

However, to get an XPS 13 with a processor that offers more-comparable performance to the M1, you’ll need to configure the notebook with the Intel Core i7—and that’s going to cost you more than the entry-level MacBook Pro, with current pricing at $2598.99. However, there’s another wrinkle—the Core i7 configuration also automatically moves up to 16 GB of RAM and 512 GB of storage. To get an M1-powered MacBook Pro with that much RAM and storage will cost you $2499.

This pricing for the XPS 13 includes the FHD+ non-touch display. To get the XPS 13 with an OLED 3.5K display or the UHD+ display will add $400 to the price.