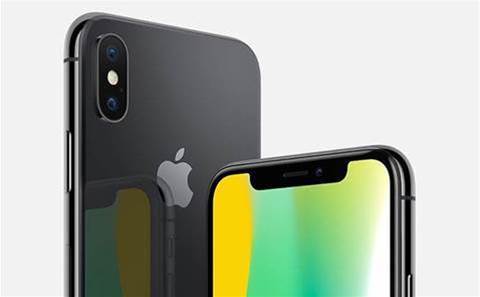 The first such phone, last fall's iPhone X, showed sales "softness" during the first three months of the year, analyst Daniel Ives of GBH Insights wrote previously. Dampening sales of the A$1579 (US$999) iPhone X led the average selling price for the iPhone line to drop significantly from the previous quarter -- to US$728 from US$796.

Now, a Wall Street Journal report indicates that Apple expects iPhone models with LCD displays – the same technology that's been used in iPhones for years – will contribute the "majority" of sales among new iPhone models released this fall. The report cites supply chain sources and refers to an Apple plan to release two OLED models and just one new LCD model this fall.

Originally, Apple executives were hoping to have "roughly equal production" between OLED and LCD models, but they now plan to make more LCD iPhones, the Wall Street Journal reported.

The use of an OLED screen was a key factor that drove up the price of the iPhone X. OLED iPhone displays cost about US$100 versus a cost of about US$40 for an LCD iPhone display, according to the Wall Street Journal report.

Previous reports suggested that Apple has been seeking to negotiate a lower price for OLED displays from supplier Samsung.

Two new iPhone models this fall, in 5.8-inch and 6.5-inch sizes, are expected to use OLED display technology, according to previous reports. The LCD model is expected to have a 6.1-inch display size.

In April, analyst Neil Campling of Mirabaud Securities predicted that the iPhone X will be taken off the market this year, as many consumers have been staying away due to its high price.

"The iPhone X is dead," Campling wrote in a note to investors.

During a quarterly call with analysts following the Q1 results, Apple CEO Tim Cook contended that the iPhone X is "the most innovative product on the market" and "jam-packed with technology that's really set up the smartphone for the next decade. So that's how we priced it."

"The way we think about it is trying to [set] a reasonable price for what we deliver. And I feel we did that," he said.

Apple is seeing 99 percent customer satisfaction rates for the iPhone X, Cook added. "The iPhone X is a beloved product," he said.

Along with concerns about price sensitivity, iPhone sales may be less vigorous than expected by Apple amid indications that smartphone users are replacing their devices less frequently.

Research firm Gartner reported that global smartphone sales saw the first-ever quarterly drop year-over-year in the final quarter of 2017 – though sales returned to growth in this year's first quarter, with a 1.3 percent increase from a year earlier.