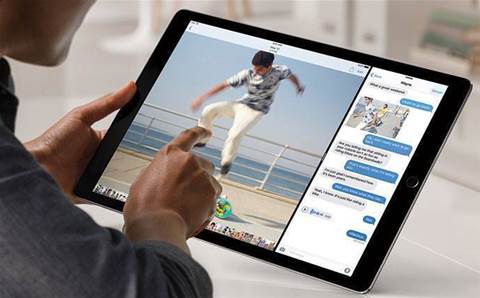 It had looked like the 2-in-1 tablet wars might see a major escalation this fall, with Apple rumored to be prepping updated models of its iPad Pro and Microsoft scheduling an event that might showcase a refreshed Surface Pro.

But Apple passed over the chance to announce a new iPad Pro this week during its "Gather Round" product event, instead dedicating the time to launching three new iPhones and a fourth-gen Apple Watch.

That means that Microsoft may beat Apple to the punch on releasing a new productivity-oriented, 2-in-1 tablet this fall, if the company chooses to launch a refreshed model of the Surface Pro at its upcoming event. The event, scheduled for 2 October in New York, hasn't been confirmed as Surface-related by Microsoft.

But two Microsoft events in New York in the past two years have included announcements of new Surface products, including the Surface Laptop and Surface Studio. And the Surface Pro last saw a refresh in June 2017 - meaning that the tablet's processor options, at the very least, are due for an upgrade.

It's possible, of course, that Microsoft may not announce a new Surface Pro at all during its 2 October product event in New York - perhaps choosing to focus on a brand-new addition to the Surface lineup and updates to other products, such as the Surface Laptop or Surface Book.

It's also possible Apple could still launch a new iPad Pro this fall. Based on past precedent, Apple could hold a second product event in the coming months. For instance, in 2016, Apple held a second fall event, in October, to unveil the redesigned MacBook Pro with Touch Bar.

A number of rumors have suggested Apple is planning a major refresh for the iPad Pro this fall. Reports have said that Apple plans to announce an 11-inch iPad Pro--presumably taking the place of the existing 10.5-inch iPad Pro--alongside an upgraded 12.9-inch iPad Pro.

The biggest changes for a new iPad Pro could include a switch from Touch ID fingerprint authentication to Face ID facial recognition for authentication - as well as the removal of the home button, which is no longer required for fingerprint log-in. The new iPad Pro would thus introduce the types of navigation gestures used on the iPhone X and iPhone XS, according to some reports.

The tablet is not expected to have a notch for the camera at the top of its screen, while a new iPad Pro might include thinner bezels and rounded corners on the display. Updated processors are expected, as well.