Apple moves to ban apps made with commercial templating tools 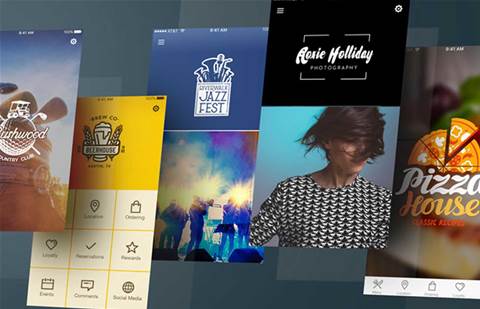 A move by Apple's App Store to block apps developed using template-based app builders is causing concern among developers, anxious their business models will be scuppered.

Apple updated its App Store guidelines on 8 June, including the following clause: "4.2.6 - Apps created from a commercialised template or app generation service will be rejected."

While the guidelines were initially thought to be an attempt to clean up clone or spam applications, TechCrunch reported earlier this month that dozens of small business apps created using such tools had received notices from Apple, which stated their content was inappropriate for the App Store.

US-based app creation toolset vendor Bizness Apps has created a Change.org petition with the hope of lobbying Apple to reconsider the approval guidelines and give “small businesses a fighting chance against large corporations who can afford custom iOS development”.

The campaign is also supported by AppMakr and Appmiral, two other app creation tools providers concerned their customers’ apps will be caught up by the guidelines.

App creation services offer an affordable route for small businesses to create an app. End-to-end software development costs can be out of reach for companies that lack in-house developers or the revenue to contract software engineers.

Bizness Apps managing director Andrew Gazdecki told CRN that from 1 January 2018, the App Store would halt any app they submitted under the current guidelines.

“For templated apps related to SMBs (churches/schools/non-profits/restaurants), we are trying to propose that Apple removes these apps from App Store search categories. This could potentially be a great middle ground for the 4.2.6 and 4.3 clause,” he added.

“This would support the App Store 'clean up' initiative and would allow small businesses to continue to build iPhone apps affordably with templated solutions.

"The users of these apps do not find these types of apps through App Store category search but rather by searching for the business/organisation name directly in the App Store or by accessing an iTunes URL.”

In support of Apple

One of the co-founders of successful Melbourne-based app developer Outware Mobile told CRN he supported Apple.

“I think if you can’t do it properly, don’t do it. That’s what Apple are essentially saying, that if you can’t afford the expense of doing it properly don’t clog up our App Store with rubbish that really just diminishes the value of a good app,” he said.

“I’ve met people who say, ‘I don’t even download apps, I can’t be bothered’ because they get a lot of them, and many aren’t very good.

“I applaud the move from Apple. That might make me unpopular, but I think the store should be full of great apps, not full of average apps. If these app-builder tools produce great apps then I’m all for it, but often they don’t.”

Gorog said that although native application development could be expensive for small businesses, by the same token it's unlikely these apps would be business-critical.

“You can have a great business without an app, and if your business is an app, you want it to be a great one,” he added.

“At Outware we obviously do banking and shopping and some significant apps, but you don’t have to build an app the same way an enterprise customer does, you can do it with a smaller budget. Good software developers are expensive because they are in demand, and if you start offshoring app development, the quality of the app deteriorates.”

Outware Mobile was this year named as a five-year CRN Fast50 All Star, having grown by 50.6 percent to reach $30 million in revenue. The company's customers include ANZ, Coles and Transport NSW's Opal card app.