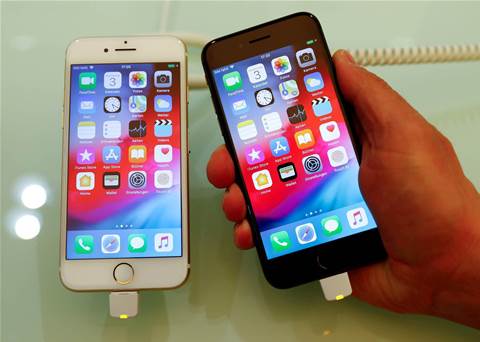 Apple has been ordered by a German court to stop using part of a press release claiming all iPhones would be available in the country through carriers and resellers, a copy of the ruling seen by Reuters showed.

The iPhone maker was banned from selling the iPhone 7 and 8 models in Germany in December following a patent dispute with Qualcomm Inc .

Qualcomm on Thursday obtained the preliminary injunction stopping Apple from using a statement that it released to the press in response to the December ruling.

At the time, the iPhone maker said that it would no longer stock the iPhone 7 and 8 at its 15 retail outlets in Germany but those models would remain available to customers through more than 4300 carriers and resellers across Germany.

"The press release ... is misleading as it contains statements that are at least potentially deceptive about the availability of the goods, namely the iPhones affected by the ruling," a three-judge panel wrote in the latest ruling.

The judges said Apple's press release gives consumers and retailers the false impression of unlimited availability of the phones.

Apple did not respond to a request for comment on Friday. Qualcomm said "the order speaks for itself".

Eliminating departmental friction within MSPs
By Staff Writer
Jan 21 2019
6:51AM