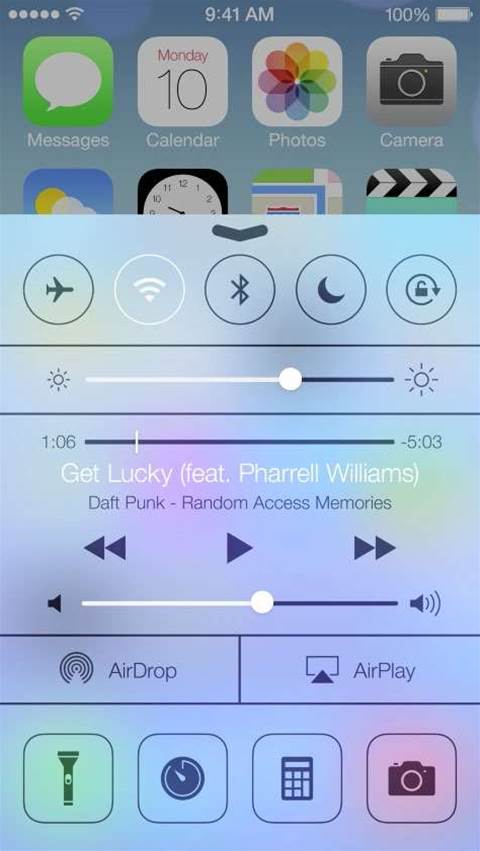 Apple's revamped version of iOS made its debut Monday at the company's Worldwide Developer Conference, and partners are applauding the improvements.

"This is the biggest change to iOS since the introduction of the iPhone," Apple CEO Tim Cook said during the general session.

In addition to the operating system's new look, iOS 7 also comes with some new features like Control Center, which allows users to view all notifications in the Lock screen with a single swipe. The interface also lets users access Wi-Fi, Bluetooth and Airplane Mode settings as well as brightness and volume controls.

A big change to iOS 7 involves multitasking; a new API allows developers to enable apps to multitask in the background. Plus, users can access preview screens of apps that are open by tapping the home button twice. And perhaps best of all, iOS 7 will study when users access certain apps so that the OS can have them updated and ready to launch before users click on them.

Apple partners were impressed with iOS 7. "I think it was a home run," said Jerry Zigmont, owner of MacWorks, an Apple consultant based in Madison, Conn. "It looks beautiful and it has everything that people were asking for -- the multitasking, automatic app updates, a new interface, everything."

Scott Morabito, founding partner of Apple consulting firm TechTonic in Boston, said iOS 7 proves Apple still knows how to deliver great software in addition to compelling hardware products. "The new iOS was the coolest part of the presentation," Morabito said. "There's a lot of great stuff in there, and I think the interface has been improved a lot."

Grabbing the hybrid cloud opportunity with Lenovo and Azure Services
By Rob Wright,
Jun 12 2013
11:19AM