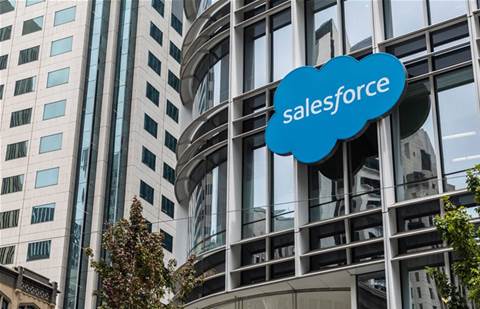 Apple has added Salesforce to its list of strategic partnerships with tech industry giants, announcing Monday that the two companies will team up to give Salesforce and related apps a more-optimal experience on iOS.

The partnership comes as Apple continues pushing into the enterprise market, with Salesforce joining other vendor partners including Cisco, IBM, HP Inc., SAP, Accenture and Deloitte.

Salesforce will be working together with Apple to redesign the Salesforce mobile app for iPhone and iPad devices. The redesigned iOS app will include exclusive new features such as Siri Shortcuts and Business Chat, Apple said.

A second key component of the partnership is providing new capabilities to Salesforce developers that are building native apps for iOS.

The SDK will allow developers and businesses to build iOS apps on the Salesforce Lightning Platform, the companies said.

Additionally, Apple said it would be launching a new course for iOS app development on Salesforce learning platform Trailhead.

The Get Started with iOS App Development Trail aims to further the democratization of technology by teaching Trailhead users how to build native iOS apps in Xcode with Swift, Apple said.

"Together, Salesforce and Apple are defining a new era of mobile innovation with native apps on iOS, and empowering millions of people with access to Trailhead and the skills they need for the jobs of the future," Salesforce Co-CEO Marc Benioff said in a news release.

Apple boss Tim Cook said in the release that combining Apple hardware and software with native Salesforce apps and the new Salesforce SDK allowed the two companies to "deliver great customer experiences for businesses around the world."

The announcement comes just ahead of Salesforce's Dreamforce conference, which begins today in San Francisco.