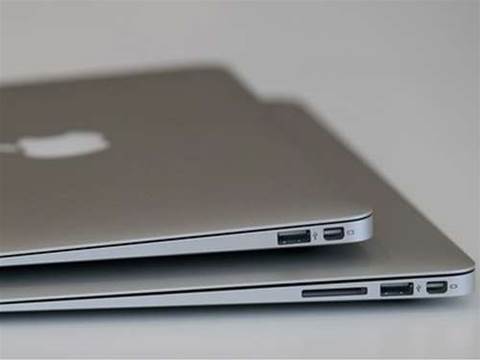 Apple has become the fourth largest PC vendor in Australia, according to analyst firm Gartner.

Apple has long been a top five PC vendor in the US, but achieved this for the first time in Australia in the fourth quarter of 2011, pipping Chinese PC maker Lenovo by 78,000 units.

Apple shipped 178,892 Macs to Australia last quarter. This includes desktops and PCs but not iPads.

Wall Street analysts had predicted a slide in new iPhone sales for the March quarter, expecting it would drag down Apple's astronomical share price, currently trading on the NASDAQ index at US$560 ($A540) per share.

But the company proved all wrong on Tuesday, reporting that fiscal second-quarter profits nearly doubled to US$11.6 billion.

According to Apple, it sold four million Macs during the quarter, a seven percent unit increase over the year-ago quarter.

Apple’s quarterly net profit was US$11.6 billion, up from last year’s US$6 bilion net profiit.

Grabbing the hybrid cloud opportunity with Lenovo and Azure Services
By Liam Tung
Apr 26 2012
8:12AM