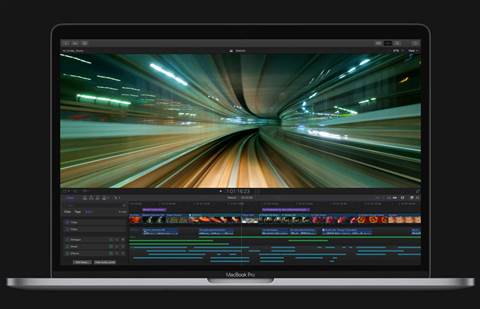 In another instance of battery woes at Apple, the company said it's initiating a battery replacement program for certain 13-inch MacBook Pro laptops because the batteries are prone to expanding.

The recall affects models of the MacBook Pro that stem from the 2016 redesign, but only impacts entry-level models that don't feature the Touch Bar, a touch-sensitive strip that replaces the function row of keys.

In a web page for the replacement program, Apple said that a "limited number" of non-Touch Bar models of the MacBook Pro are impacted by the battery issue.

Apple said that in the affected MacBook Pros, "a component may fail causing the built-in battery to expand."

The company stated that "this is not a safety issue," but didn't offer further details on that point.

The company didn't immediately respond to a request for further details on why the flaw doesn't pose a safety risk and how many instances of failed batteries the company has found.

Apple did say that the affected MacBook Pros were manufactured between October 2016, which is when the latest redesign of the MacBook Pro was unveiled, and October 2017.

The company said it would replace affected batteries for free, and users can determine if their MacBook Pro is eligible by entering the serial number into Apple's page for the replacement program.

Users can have their battery replaced by an Apple Authorized Service Provider, taking the laptop to an Apple retail store or mailing it into the Apple Repair Center, the company said.

The MacBook Pro battery flaw follows an acknowledgment by Apple in December that the company had been slowing the operations of older iPhone models to help reduce the impact on batteries as they age.

In mid-January, Apple chief executive Tim Cook acknowledged that the company lacked transparency when communicating about the performance-reducing measures for older iPhones. "Maybe we should've been clearer" about the measures, Cook told ABC News.

In response to the disclosure of the throttling issue, Apple announced that out-of-warranty iPhone battery replacements would be available for $29, down from the normal price of $79.