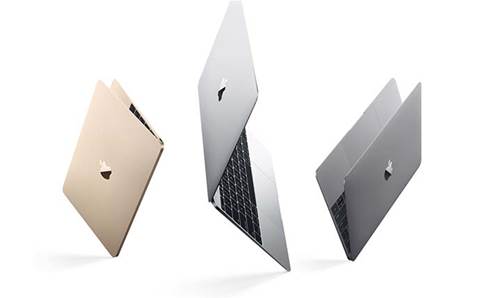 The holiday quarter was kind to Apple, including the company's Mac product line.

Apple reported that its fiscal first-quarter, ended 31 December, returned the company to sales growth after three quarters in a row of declining revenue.

Helping the cause in fiscal Q1 were Mac sales, which rose to record quarterly revenue of US$7.24 billion, up 7.4 percent from the same period a year earlier. That's compared to US$6.75 billion in the year-ago quarter.

The uptick in Mac sales came during a quarter when Apple released an overhauled version of the MacBook Pro, the first major refresh to the laptop in four years.

The new MacBook Pro did receive a fair amount of criticism, though, including for only coming with USB-C ports and having a significantly higher price than previous generations of the laptop.

During the company’s earnings call, chief executive Tim Cook said Apple surveys showed that many Mac customers during the quarter were buying a Mac for the first time and were "coming from a Windows PC."

For its fiscal 2017 first quarter, Apple reported sales of US$78.40 billion, up 3.2 percent from revenue of US$75.90 billion in the same quarter a year earlier.

Apple’s net income for the fiscal first quarter was US$17.89 billion, down 2.6 percent from US$18.36 billion in the year-ago quarter. Earnings per share were US$3.36 in the quarter, compared with US$3.28 a year earlier.

The growth in Mac sales doesn't necessarily suggest that Apple will be refreshing all of the products in its Mac line, however.

While Cook has singled out the iMac among the desktops that Apple is most focused on – and rumors point to the debut of an iMac refresh in the spring – the Mac Pro and Mac Mini have each gone years without a refresh.

iPhone sales rose 5.3 percent to US$54.38 billion during the fiscal first quarter – driven in part by particularly strong sales of the iPhone 7 Plus, Cook said during the earnings call.

But iPad sales declined during the quarter, dropping 28 percent on a year-over-year basis to US$5.53 billion.

As for Apple's push to sell more products to businesses, Cook contended during the earnings call that Apple is "making great progress in the enterprise market," including with partners Cisco, IBM and SAP. The total number of joint customer opportunities with Cisco, for instance, grew by more than 70 percent during the recent quarter, Cook said. that's lower than the current 35-percent rate, Cook said during the call that such a move by the federal government would be "very good for the country, and good for Apple."