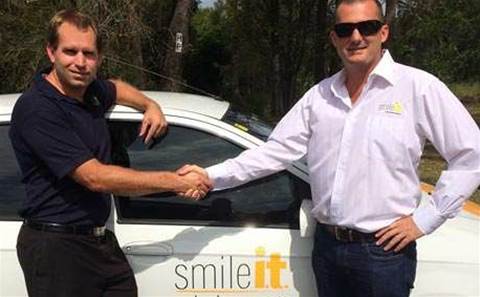 The deal means Smile now has Apple authorised reseller and authorised service provider status, as well as adding Toshiba to the company’s list of partners.

The acquisition, which was completed in July, will also see Smile increase its staff from five to 13 and expand its operations on the Sunshine Coast, where LESC has an office in Caloundra.

"It definitely seems to be on a fairly high expansion path,” he said. “There’s a lot of construction going on in the whole area – residential, commercial – compared to other areas that we’ve seen.”

Steven-Jennings said the drying up of federal funding for school laptop programs also presents an opportunity for Smile. He said the company aimed to assist schools in making technology more affordable and more reliable.

“That’s where our opportunity lies; it’s to give them a strategy which a lot of them lack. This money was dumped on them and they were forced to spend it essentially to get the scheme going, but it’s not planned as a complete visionary approach. Some have done better than others, but some haven’t really found their feet,” Steven-Jennings said.

Smile has partnered with a number of vendors to provide a combination of cloud and on-premise solution including managed services. Described as an “end-to-end” solution, it is in the pilot stage.

The LESC acquisition follows a buy-in in 2013 by Ralph Steven-Jennings, who had a 25 percent stake in Dubai MSP IT-Serve.

As well as Apple and Toshiba, Smile also lists Dell, Lenovo, ASUS, Microsoft, Unleashed and Xero among its partners.