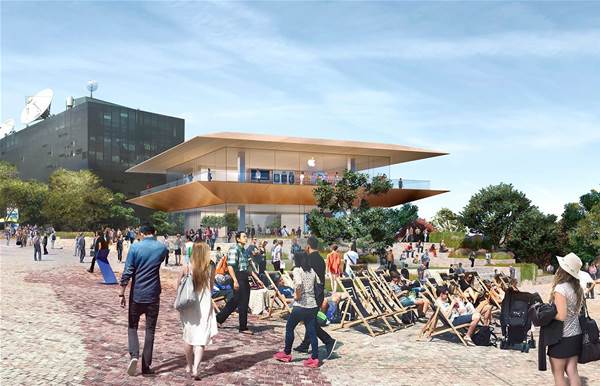 Apple has unveiled plans for its new flagship store in Melbourne’s Federation Square, including a design that it says complements the original vision of for the precinct, increases public space and “provides a daily program of activity to inspire and educate the community”.

The iPhone maker said through a partnership with the Victorian Government, Apple Federation Square would be powered entirely by renewable energy. It will also become Apple’s most significant store in the Southern Hemisphere.

The company said the development would create more than 200 new Apple positions and support several hundred construction jobs. When complete, the new store will also offer free education sessions on photography, music creation, app development and other creative pursuits as part of a community engagement program called Today at Apple.

“We’re thrilled to move forward in the planning process for our new home in Melbourne’s Federation Square and would be honoured to call the world-class galleries and museums of Melbourne our neighbours,” said Angela Ahrendts, Apple’s senior vice president for retail.

"Apple Federation Square respects the original vision for the plaza, with a bespoke design concept and extensive landscaping bringing increased opportunities for the community to enjoy this renowned cultural hub.”