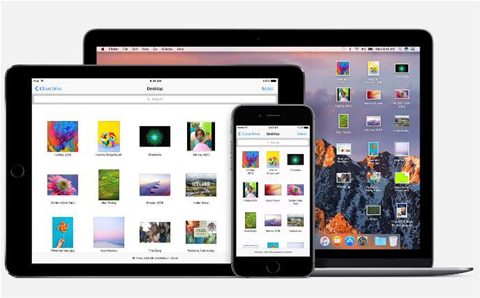 For the first time in the iPhone era, Apple has seen its annual revenue decline on a year-over-year basis.

The company yesterday reported its 2016 financial year revenue for the 12 months ending 24 September came in at US$215.64 billion (A$281 billion). That represented a drop of 7.7 percent from US$233.72 billion in sales the prior year, and marked the first decline in annual revenue for Apple since 2001.

Along with falling sales of iPhones and iPads, the company's Mac product line saw a significant decline of 10.3 percent year over year for FY2016. Mac revenue for financial year 2016 was US$22.83 billion, down from US$25.47 billion in FY2015.

While the shrinkage of the global PC market is certainly one factor, Apple has also gone without major refreshes to many of its laptops and desktops for years -- including the MacBook Pro and Mac Pro.

"Now we're starting to see a lot more Chromebooks for businesses [instead of Macs]. What Apple used to have as far as market leadership with some of the hotter technologies, now people are starting to look at other things. … They haven't had anything fresh in a while."

Apple is set to hold a product event on Thursday, and rumours suggest a new MacBook and MacBook Pro will be unveiled.

During Apple's earnings call on Tuesday, chief financial officer Luca Maestri said the company would have "some exciting news to share with current and future Mac owners very soon".

Maestri also highlighted data from the rollout of Macs through Apple's partnership with IBM. There are now 90,000 Macs in use by IBM employees, and IT management of the computers is one-third the cost of managing Windows PCs, according to Maestri.

Apple chief executive Tim Cook said during the earnings call that he was happy with the progress of Apple's enterprise market initiatives overall, pointing to the new partnership with Deloitte as another bright spot.

Deloitte is launching a new Apple practice consisting of more than 5000 strategic advisers, aimed at expanding the use of iPhones and iPads within the business world.

For its FY2016 fourth quarter, ending 24 September, Apple reported sales of US$46.85 billion, down 9 percent from revenue of US$51.5 billion in the same quarter a year ago.

Those results included roughly a week's worth of sales for the iPhone 7 and iPhone 7 Plus, which launched on 16 September.

During the earnings call, Cook said demand for the newest iPhones was "outstripping supply in the vast majority of places, particularly on the iPhone 7 Plus".

Apple’s net income for the financial fourth quarter was US$9.01 billion, down 19 percent from US$11.12 billion in the year-ago quarter. Earnings per share was US$1.67 in the quarter compared with US$1.96 one year earlier.