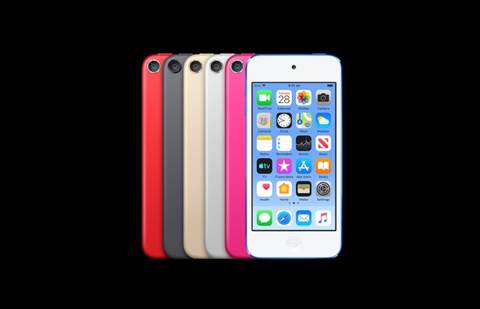 Apple has released a new iPod Touch, but with an interesting omission: there’s no power supply in the box.

The device hasn’t changed much on the outside since the previous-generation machine from 2015. There’s still a four-inch display with 1136-by-640-pixel resolution at 326 pp and the device looks the same as it always has – a very, very, small tablet computer!

The big change is under the hood, where an Apple A10 Fusion CPU now dwells. That’s the same silicon that powers the current generation base iPad. And that means the new Touch has all the power needed to run the augmented reality (AR) apps of which Apple is so fond. The company’s also pitched the device as a gaming platform.

While there’s a USB cable and headphones in the box, there’s no USB charger in the box.

That’s the kind of omission CRN sees with low-end smartphones.

Speaking of which, the new Touch competes with them on price as its 32GB incarnation costs $299. CRN is currently testing the Oppo AX5S, a $249 that has a larger screen and can handle voice and data on mobile networks. The iPod Touch can’t do that and is more expensive!

So where does the revived device fit?

Apple’s keen on the device as a music-lover’s dream now that it comes in $599 256GB version. But the touch is also a more-than-handy handheld for certain business scenarios. Hobart’s Museum of Old and New Art famously uses the iPod Touch as an interactive guide to its exhibitions, the kind of role for which CRN imagines our readers will find the device most interesting. Especially if you build some AR apps that could benefit from a small and light device.