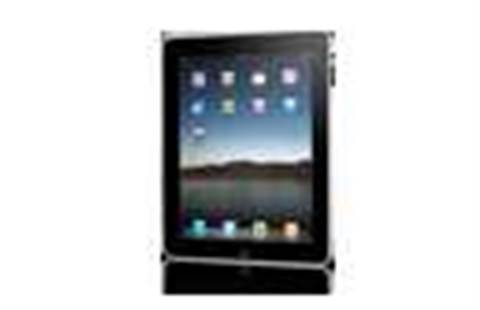 Apple has rolled out its much-anticipated tablet device.

Dubbed the iPad, the 10-inch touch-screen device was formally unveiled Wednesday at a special press event in San Francisco.

For CRN's early impressions of the device, click here.

Keeping in line with earlier reports, the device functions almost entirely through a touch-screen interface much like the company's iPhone and iPod Touch products and will be powered by an operating system largely based on the iPhone OS. The company is also offering a keyboard dock accessory.

Powering the tablet will be a 1GHZ Apple A4 processor, while storage will be flash-based and range from 16-64 GB. Chief executive Steve Jobs pegged battery life at 10 hours, noting that the device can last up to one month in standby mode.

Users will need to pay a monthly data fee for the optional 3G service. While AT&T will handle 3G service in the US, all devices will be shipped unlocked and the company hopes to have international deals in place by June.

Priced between US$499 and US$829, Apple will begin shipping WiFi-equipped models within 60 days, while iPads with the optional 3G connection will hit the market within 90 days.

Adding on the current line of iPhone and iPod Touch applications such as mapping tools, calendars and games will be a new digital book service. Known as iBooks, the service will allow users to purchase and read books directly on the device.

The iTab will also use a version of the Safari web browser which will be able to adapt to movement and positioning of the device.

"It's the best browsing experience you've ever had," Jobs told the crowd.

Among the list of publishers who will be offering titles in the store are HarperCollins, Simon and Schuster and McGraw Hill, whose chief executive let slip many details on the device earlier this week.

Apple is also planning to offer users a special version of its iWork productivity suite. Word processing, presentation and spreadsheet applications will be available for US$9.95 each.

Grow your software revenue by selling these 5 affordable, essential tools for the modern workplace
By Shaun Nichols
Jan 28 2010
8:45AM