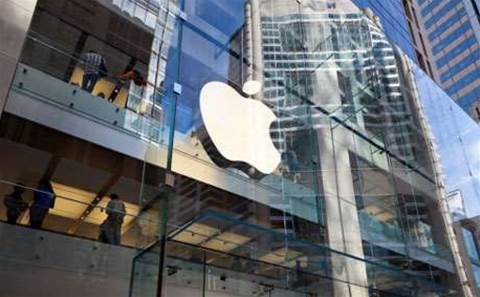 Apple is expected to lift the curtain on a flurry of new phones and an Apple TV during a special event Wednesday (Thursday morning Australia time), but partners have their eyes on only one product -- the iPad.

Solution providers that sell Apple's tablets are applauding rumours that the vendor will reveal a bigger, 12.9-inch iPad, as well as a new iPad Mini 4, to appeal to the enterprise segment.

According to reports, Apple's new iPad, dubbed the iPad Pro, will feature a 12.9-inch screen, bigger than the iPad Air 2's 9.7 inches. It also reportedly will incorporate new productivity features in iOS 9, such as a multitasking tool allowing users to utilise two separate apps on the iPad screen simultaneously, either through a split view or a picture-in-picture view.

Separately, Apple is rumoured to be releasing an iPad Mini 4, which will be a thinner version of the current iPad Mini with a faster A-series chip and upgraded cameras, according to reports.

For Apple partners, a new iPad could be appealing to enterprise customers and signal Apple's commitment to driving its consumer-based products in the enterprise market.

While Apple's smartphones have driven widespread success for the company in the past year, its tablet sales have been disappointing. iPad sales slumped 18 percent in the third quarter of 2015 ended 27 June, marking the sixth consecutive quarter of year-over-year declines.

However, Apple is trying to turn around those declining iPad sales by charging ahead into the enterprise segment with new partnerships and channel rebate incentives.

Apple Monday revealed a partnership with Cisco Systems to optimise Cisco networks for Apple iOS-based devices, including the iPad. And in August, the company launched a rebate program for solution providers selling iPads and Macs to incent more tablet sales among enterprise clients.

In addition to new iPad models, Apple is expected to unveil other more-consumer-focused devices during its event. The company is expected to show off its latest smartphone model, dubbed the iPhone 6S, at the event. Reports say that the 4.7-inch iPhone 6S will maintain a similar design to that of its predecessor, with a thicker shell, an improved A9 processor and a longer-lasting battery. Apple also will reportedly bring its ForceTouch technology to the new iPhone, which enables pressure sensitivity on the device.

The fourth generation of the Apple TV reportedly will be updated, possibly including Siri support and an enhanced remote control. The device also will reportedly get a new App Store and SDK for developers who want to create apps for the box.