Apple says court win over Samsung is not about money 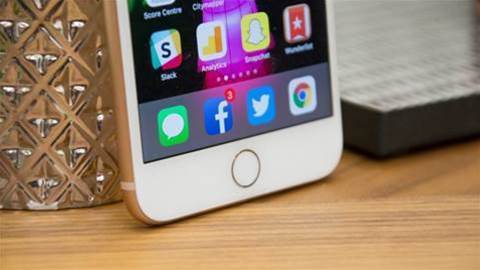 Apple has prevailed over Samsung in the latest installment of a seven-year patent case, though Samsung is pledging to "consider all options" following the jury verdict that awarded Apple US$539 million in damages.

The case was not about whether Samsung had infringed Apple patents related to the design of the iPhone, because infringement had already been established previously in the case. Samsung had so far paid US$399 million in damages to Apple as a result.

Now, a US District Court in California, has upheld that amount and ordered Samsung to add another US$140 million worth of damages payments to Apple.

In a statement provided to CRN USA, Apple said that "we believe deeply in the value of design, and our teams work tirelessly to create innovative products that delight our customers." Design elements of the iPhone that Samsung was found to have infringed on included the grid of icons on the home screen and the rounded corners of the smartphone.

"This case has always been about more than money," Apple said in its statement. "Apple ignited the smartphone revolution with iPhone and it is a fact that Samsung blatantly copied our design. It is important that we continue to protect the hard work and innovation of so many people at Apple."

In response to the jury verdict, Samsung said in a statement that the decision "flies in the face of a unanimous Supreme Court ruling in favor of Samsung on the scope of design patent damages," referring to the 2016 US Supreme Court ruling that ordered a re-consideration of the US$399 million in damages.

"We will consider all options to obtain an outcome that does not hinder creativity and fair competition for all companies and consumers," Samsung said in its statement. The company did not respond to a request for further comment.

Despite the fierce competition between Apple's iPhones and Samsung's Galaxy S smartphones, Apple has relied upon Samsung for numerous components over the years - including the OLED displays that are a leading feature of the iPhone X.

Reports in April suggested that Apple is now pushing Samsung to reduce the cost of the display panels in an apparent bid to help lower the cost of future iPhone models.