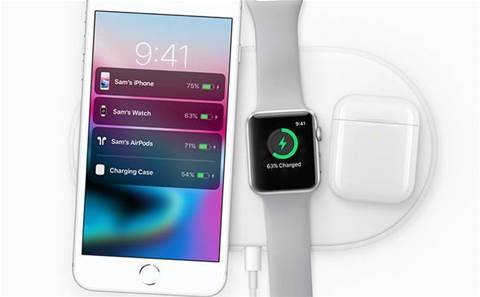 An Apple spokesman confirmed the acquisition, which was earlier reported in New Zealand media. Both companies declined to provide details of the purchase.

Wireless charging allows users to recharge devices by placing them on a pad or other surface rather than inserting them in a cradle or attaching a cable.

Apple has included wireless charging in its latest iPhone 8 smartphone, as well as its forthcoming iPhone X.

Apple has been slow to adopt the technology, lagging behind its biggest rival Samsung and other mobile phone companies that have offered wireless charging in some of their devices for several years.

Apple joined the industry body that develops the Qi wireless charging standard, the Wireless Power Consortium, in February. The iPhone 8 and X both support the standard.

Apple’s interest in PowerbyProxi may be driven by the latter’s other products, some of which can support transferring up to 150 watts through any non-metallic material, for wirelessly charging industrial machinery and medical equipment, said Jake Saunders, Asia Pacific vice president of ABI Research.

This could allow Apple to offer much larger pads that could quickly charge multiple consumer devices, including laptops and even electric scooters, he added.

For consumers, charging a single device on one pad may not be that appealing, “but when you get into multiple device charging it starts to get attractive”, Saunders said.

Apple recently announced its own AirPower accessory, which it said would simultaneously charge up to three devices, including new versions of the Apple Watch, iPhone and AirPod charging case.

PowerbyProxi was founded in 2007 as a spin-out of the University of Auckland. Samsung Ventures, global investment arm of Samsung Group, invested US$4 million in the company in 2013.

PowerbyProxi will continue its “growth in Auckland and contribute to the great innovation in wireless charging coming out of New Zealand”, its founder and CEO, Fady Mishriki, said in a statement.