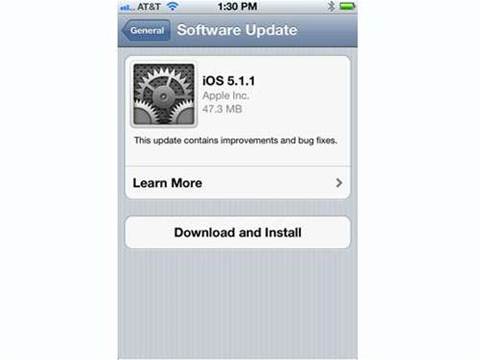 Apple today unleashed iOS 5.1.1, the latest version of its iOS operating system. But don’t expect any earth-shattering new features – this is more of a bug-squashing update than anything else.

The 5.1.1 update improves the reliability of HDR photos when you’re using the lock screen shortcut, fixes bugs that were affecting AirPlay video playback, fixes bugs preventing you from switching between 2G and 3G networks on the new iPad, improves the reliability of syncing Safari bookmarks and your Reading List, and finally fixes a problem where you were given an “Unable to purchase” message after buying something.

Apple is expected to release a larger update at its worldwide developer conference in June.