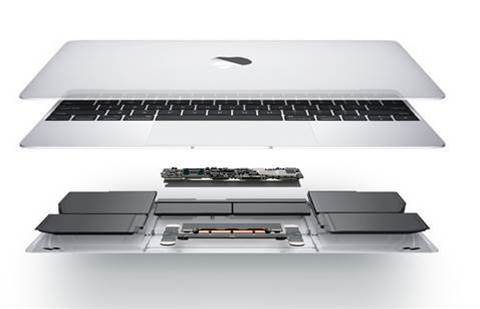 Apple has officially addressed the flaws with the keyboards included in Macbook and Macbook Pros that caused customers to file a class action lawsuit last month.

The vendor said it had determined problems with a “small percentage” of the “butterfly” keyboards that come with the laptop lineups between 2015 and 2017.

Apple identified the issues as:

To help address the problem, Apple launched the keyboard service program, where Apple or one of its authorised service providers will service eligible keyboards for free.

Apple said the type of service will depend after it has been examined and could include replacing multiple keys or a full keyboard replacement.

The service is available for customers worldwide and will be valid for four years after the laptop is first purchased at retail.

The butterfly keyboard replaced the traditional scissor-based keyboard in April 2015 with the reimagined Macbook, which reduced key thickness by 40 percent, making it Apple’s thinnest laptop at the time. It was later included in the Macbook Pro lineup in 2016.

Last month, a lawsuit was filed in the United States District Court Northern District of California, alleging that Apple was aware of the issue at the time or before the laptops went on sale.

According to the class action, Apple attempted to avoid its warranty responsibilities by failing to "provide an effective remedy for the defect, instead instructing consumers to attempt futile repairs or troubleshooting, and fails to provide an effective repair that does not lead to repeated keyboard failure".

"Apple representatives frequently attempt to pass blame for the defective keyboards to consumers, telling the consumers that their problems are due to dust and debris getting under the keyboard, and that consumers – not Apple – should try to fix this problem."