Apple to slow hiring, spending for some teams next year: report 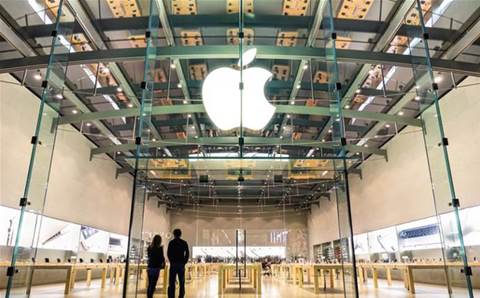 Apple plans to slow hiring and spending growth next year in some units to cope with a potential economic downturn, Bloomberg News reported on Monday, citing people with knowledge of the matter.

The potential move would see Apple - the world's most valuable company - join a growing pool of American corporations including Meta Platforms and Tesla Inc in slowing hiring.

Apple shares reversed course to trade down 1.6 percent at US$147.6. The company did not immediately respond to a Reuters request for comment.

The Bloomberg report said the changes would not affect all teams and that Apple was still planning an aggressive product launch schedule in 2023 that includes a mixed-reality headset, its first major new category since 2015.

"Apple's move reflects a broader slowdown in investing in new things, new companies and new products," said Kim Forrest, chief investment officer at Bokeh Capital Partners in Pittsburgh. "It signifies that inflation is an issue for these companies."

Fears have risen in recent months that aggressive interest rate hikes by the Federal Reserve to tame an unabating surge in inflation could tip the economy into a recession. The price pressures have also raised worries that customers could curb spending on discretionary items like smartphones.

Smartphone shipments declined 9 percent in the second quarter, according to data from Canalys. Still, Apple's iPhones remain among the most sold phones in the world, with the company holding a 17 percent market share just behind market leader Samsung, the data showed.

Apple typically launches a new version of its iPhone and other wearable products in September ahead of the busy holiday season.

As of its last annual report, the Cupertino, California-based company had about 154,000 full-time equivalent employees.