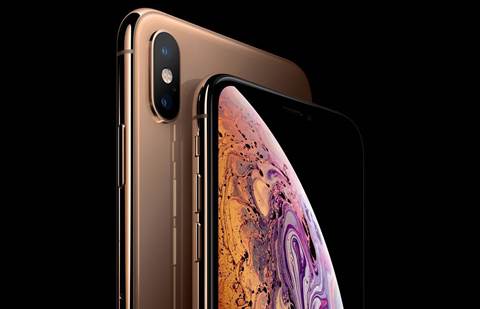 Apple has used its fall 2018 "Gather Round" event to debut four major new devices in its iPhone and Apple Watch lineups. Three new iPhones—the iPhone Xs, Xs Max and XR—are on the way, along with the fourth-generation Apple Watch.

The arrival of the new devices also marks the discontinuation of the iPhone X, less than a year after it arrived in Apple's game-changing move into edge-to-edge OLED iPhones, as all attention shifts to the next-gen versions.

The iPhone Xs is Apple's direct successor to last year's iPhone X, as it comes in the same 5.8-inch size. Like the iPhone X, the iPhone Xs offers an OLED display, Face ID facial recognition for log-in and a dual rear camera system.
The iPhone Xs resolution comes in at 2436x1125 pixels identical to the iPhone X and the device features a 15 percent faster new processor, the A12 Bionic. One change is that up to 512GB worth of internal storage will be offered, compared with 256GB for the iPhone X.
Other configurations are for 64GB or 256GB of storage. The iPhone Xs also features improved water resistance and screen durability; dual SIM (for enabling two phone numbers on the same phone); a stainless-steel frame; and an extra half-hour of battery life over the iPhone X (which promises 12 hours of internet use).

The iPhone Xs is priced at $1629. Preorders begin Friday, 14 September, with devices shipping on the 21st. 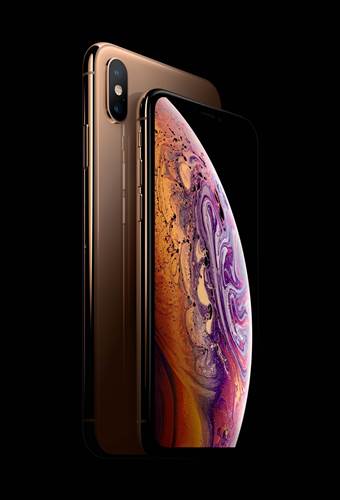 But otherwise, the iPhone Xs Max mostly follows the Xs in offering a dual rear camera; improved screen durability and water resistance; dual SIM; the A12 Bionic processor; and a stainless-steel frame. A configuration with 512GB of internal storage is also going to be available for the larger iPhone Xs, along with 64-GB and 256-GB models.

The iPhone Xs Max has a starting price of $1799, with preorders also starting Friday and shipping on the 21st.

The iPhone XR will serve as the entry-level, more affordably priced iPhone in the new lineup. The smartphone's display falls in between the sizes of the two OLED iPhones, at 6.1 inches, and will still get a nearly edge-to-edge display.
The display uses LCD technology (like in the iPhone 8 and previous models) rather than OLED—although Apple says the newly developed Liquid Retina LCD display features improved colours and picture quality. The display is lower-resolution than the Xs models, at 1792x828 pixels, and the device will also have a single rear camera, a maximum of 256 GB of storage, and an aluminum frame instead of stainless steel.
The iPhone XR does get the A12 Bionic chip and a boost to battery life, however — Apple is promising 1.5 hours more usage per charge than the iPhone 8 Plus, which touted 13 hours of internet use. Notably, the 6.1-inch iPhone relies on Face ID facial recognition instead of Touch ID fingerprint recognition, which marks the end of Touch ID in the iPhone line.

The iPhone XR has a starting price of $1229 and preorders begin Friday, 19 October with shipping from the 26th.

Apple also unveiled the next generation of its smartwatch, the Apple Watch, Series 4, in two sizes, each featuring a larger screen than in the past. The smaller fourth-gen Apple Watch moves to a 40mm display, from 38mm previously, while the larger fourth-gen Apple Watch gets a 44mm screen, compared with the previous 42mm size.
Slimmer bezels help to enable the larger screen sizes, and Apple said the new Apple Watches are thinner, giving the smartwatches less total volume than Series 3. Other changes in the fourth-gen Apple Watch include up to 2X faster performance (via the new dual-core S4 chip) and a 50 percent louder speaker, while the cellular connectivity and 18-hour battery life of the previous model have been retained.

Additional features for health monitoring are also included in the fourth-gen Apple Watch, such as the ability to take an electrocardiogram heart beat measurement (the first time this is offered in a consumer product, Apple said, thanks to FDA approval); notifications on low heart rates and irregular heart rhythms (known as atrial fibrillation); and detection of falls (which generates an automatic call to emergency services).

The Apple Watch, Series 4 has a starting price of $599 (GPS only) or $749 (cellular/GPS). Preorders begin Friday with devices available on 21 September.