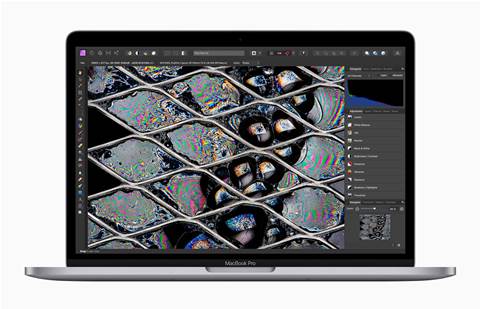 Apple on Monday snuck in a couple bombshell hardware announcements during its annual software developers’ event – including news of a 13-inch MacBook Pro and MacBook Air both featuring the M2 chip, the company’s latest generation of silicon.

The Apple World Wide Developers Conference (WWDC) also featured more expected news about the company’s operating systems upgrades for its PCs and mobile devices. That the tech icon would announce a flagship MacBook offering was unexpected – CEO Tim Cook and his cohorts normally save major hardware announcement for the spring and fall.

The new Pro machine will feature a 20-hour battery, 8-core CPU, 10-core GPU, up to 24 GB of RAM, and up to 2 TB of storage. All that firepower will need the new active cooling system Apple added. The 13-inch MacBook Pro with M2 chip will be released next month with a starting price of A$1,999. The company did not provide a specific shipping date – their Mac production has been significantly hampered with the COVID-related lockdowns in China.

The latest MacBook Air will also run on the new M2 processor and will come in four colours: space grey, starlight, midnight, and silver. The company says the new MacBook Air takes up 25 percent less volume than its predecessor while weighing 1.2 kilograms with a 13.6-inch display. The new Air will also have 18-hour battery life. It will start at a price of $1,899 and Apple will still offer its earlier MacBook Air with M1 chip at a discount.

Apple said its new M2 chip has 25 percent more transistors and 50 percent more bandwidth than the M1. Apple said it’s using the chip’s Arm-based architecture to focus on power-efficiency and maximized speed performance. Apple teased the hardware releases by shutting down its Apple Store ahead of the WWDC event with a screen announcing “Developing news. We’re making updates to the Apple Store. Check back after the event…”

Cook kicked off the event with a nod to developers and handed the keynote over to Craig Federighi, Apple’s software chief, who announced the new mobile iOS 16 operating system that features new intelligence, sharing and communications features, including a new lock screen, more personalization, widget integration on the lock screen, and new dictation features.

Also announced: a Carplay update that allows drivers to control air conditioning, radio and more, will be integrated by several carmakers next year; a Safety Check centre allowing users to revoke location access to other users (which Apple says will help victims of domestic violence); and more organized smart home controls.

The company has added more features to its Messages app, allowing users to edit iMessages, recall messages sent by mistake and snooze texts so users can handle them later. The company says these changes will change the way nearly 1 billion people send texts. “Hundreds of millions of people rely on messages every single day,” Federighi said during the taped broadcast, adding that the company is adding “three highly requested features to messages.”

The company also announced its ‘buy now, pay later’ program called Apple Pay Later, which will allow customers to buy using Apple Pay and then pay for it over four payments over six weeks. The company said there are no fees to use the service. Shares of Affirm, a competing pay later service were down 6 percent after the announcement.

Apple announced new Apple Watch software (watchOS 9) that includes better sleep tracking, a revamped workout app to include heart rate zones and new running metrics for tracking, a medicine management feature, and a new Siri interface. The company will include new watch faces, including an astronomy face and the lunar calendar.