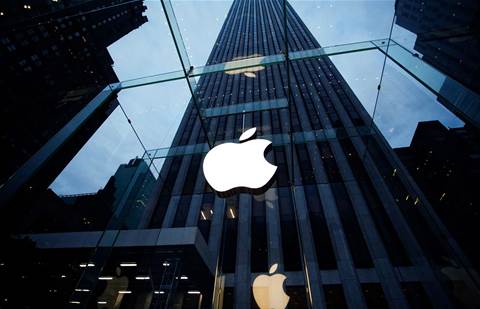 Apple chief executive Tim Cook on Thursday announced that the tech giant is committing US$100 million toward a new effort, the Racial Equity and Justice Initiative, amid widespread protests of mistreatment and systemic racism against members of the black community.

"We're at an important moment in our history, a time when progress, which has been far too slow, feels suddenly poised to move forward in a great leap," Cook said. "Each of us has a role to play in making sure we rise to the occasion. Things must change, and Apple's committed to being a force for that change."

Cook said that the Racial Equity and Justice Initiative will launch first in the US before expanding globally.

"The initiative will challenge the systemic barriers to opportunity and dignity that exists for communities of colour, and particularly for the black community, with special focus on issues of education, economic equality and criminal justice reform," he said.

The initiative will be led by Lisa Jackson, vice president for environment, policy and social initiatives at Apple, and will seek to bring a "holistic focus" to issues of racial justice and equality of opportunity.

"The effort will build on our longstanding work with historically black colleges and universities, community colleges, STEM education and underserved students and teachers, and forge new partnerships with organizations like the Equal Justice Initiative," Cook said.

The unfinished work of racial justice and equality call us all to account. Things must change, and Apple's committed to being a force for that change. Today, I'm proud to announce Apple’s Racial Equity and Justice Initiative, with a $100 million commitment. pic.twitter.com/AoYafq2xlp

Additionally, in advance of Apple's Worldwide Developers Conference this month, Cook announced a new developer entrepreneurial camp for members of the black community, "with the goal of fostering and lifting up the brightest lights and best ideas in the developer family."

The announcements follow Cook's open letter last week condemning the "senseless killing" of George Floyd and saying that American society should not seek a "return to normalcy" if it means continuing racial injustice. Floyd died May 25 while in Minneapolis police custody, after a white police officer knelt on his neck for nearly nine minutes.

The letter, titled “Speaking up on racism” and posted on Apple's website, said that Floyd's death has "rightly provoked" the "outrage" being expressed by protesters around the US.

“George Floyd’s death is shocking and tragic proof that we must aim far higher than a 'normal' future, and build one that lives up to the highest ideals of equality and justice,” Cook wrote.