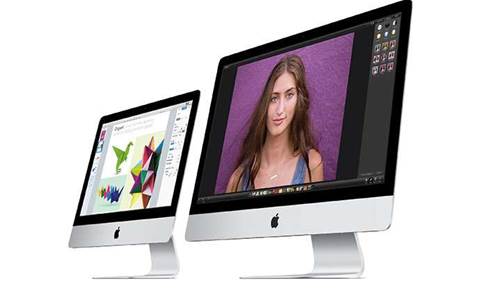 The Cupertino-based company enhanced its desktops with a new Retina 4K display option for its 21.5-inch iMac, as well as standardised Retina 5K displays and Skylake processors for its 27-inch iMac, and improved keyboard, mouse devices and trackpad peripherals.

"The trackpad got the biggest improvement... Microsoft's Surface set the new standard for trackpad control and I think this was a good opportunity for Apple to showcase the integration of Force Touch in its trackpad."

The improvements come after Apple experienced almost no growth in the PC market during the third quarter -- the company took 13.7 percent of the US market share, growing only 1.6 percent year over year from the same quarter last year, according to market research firm IDC.

Emphasising its recognition of the importance of crisp, big screens on PCs, Apple unveiled an option for LED-backlit Retina 4K display to its 21.5-inch iMac. The new 21.5-inch version with Retina, which costs A$2,299, contains improved resolution with 4096 by 2304 pixels, 4.5 times the pixels of the previous version.

In addition to adding Retina 4K display to its 21.5-inch iMac models, Apple standardised 5K Retina screens to all its 27-inch iMacs.

The new Retina 5K display also ramps up its pixel density, quadrupling its resolution with 5120 by 2880 pixels. The new 27-inch iMacs with 5K Retina display start at A$2,799, according to Apple. Like the 4K display, Apple's new 27-inch iMac also offers 25 percent more color for a more vibrant display.

Joining the growing list of vendors to upgrade their desktop lineups with Intel's newest 14nm platform processors, Apple also beefed up its 27-inch iMac with a quad-core i7 Intel Skylake processor clocking up to 4.0 GHz.  Also, Apple's 27-inch iMacs got the latest AMD high-performance graphics, giving the computers up to 3.7 teraflops of graphics compute power.

Apple also revealed upgrades to its keyboard, trackpad and mouse. Apple's Magic Keyboard, priced at A$165, is redesigned for 33 percent more key stability and more comfortable typing, according to the company. The keyboard features wireless Bluetooth connectivity and a built-in lithium-ion battery that charges through a Lightning connector to a USB cable.

In addition, Apple's newly designed Magic Trackpad contains Force Touch and a 29 percent bigger design, and is priced at A$199.

Finally, the company's new Magic Mouse 2 contains a newly designed internal structure and a built-in rechargeable lithium-ion battery, priced at A$129. The Magic Keyboard and Magic Mouse 2 come in the box with new iMacs, according to Apple.