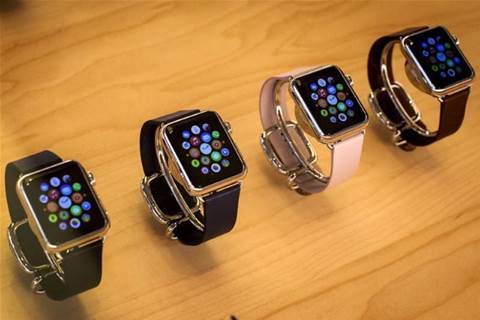 The United States will spare some technology products including Apple's Watch and AirPods from the next round of tariffs it is imposing on Chinese goods, Bloomberg reported on Monday, citing two people familiar with the matter.

A product code that covers the Apple goods and similar smart watches and fitness trackers made by competitors including Fitbit is not on the list of Chinese products that will attract a tariff, Bloomberg reported.

The United States is preparing to announce tariffs on an additional US$200 billion worth of Chinese goods, top White House economic adviser Larry Kudlow said on Monday, as part of an intensifying trade dispute between the world's two largest economies.

Neither Apple nor Fitbit immediately responded to Reuters' requests for comment.

Apple and Fitbit stocks each trimmed some losses in afternoon trading amid a broader decline on Wall Street.

The proposed US tariffs would affect prices for a "wide range" of Apple products, including its Watch, the company had told trade officials earlier this month.