Apple Watch sales hit estimated $1.8bn… and it's not a success for Apple 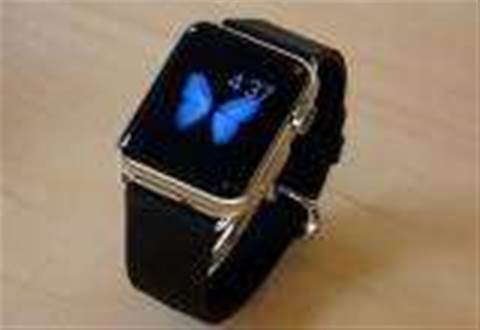 Despite having a rather poor Apple Store shopping experience for the Apple Watch, sales of the device have been phenomenal.

According to estimates from KGI Securities analyst Ming-Chi Kuo, the Apple Watch has received 2.3 million global pre-orders. Kuo believes those pre-orders are split heavily in favour of Apple Watch Sport.

"Considering that most consumers who preordered will not get the device until June,” says Kuo, “we estimate global preorders of over 2.3mn units, with Apple Watch Sport, Apple Watch and Apple Watch Edition representing a respective order allocation of 85 percent, 15 percent and less than 1 percent."

If Kuo's breakdown is correct, and we assume everyone pre-ordered the cheapest Watch in each variation, Apple would have made an incredible £922.8 million (approximately AU$1.8bn). In reality, with Watch straps thrown in and people opting for 42mm sizes, Apple just made over £1 billion (approximately AU$1.9bn) in pre-orders in the space of a week.

While seriously impressive in comparison to the likes of any other smartwatch on the market, Apple has a Watch backlog until June. Therefore this is really three months revenue rolled into a week.

It's also worth looking at this from the Apple perspective. For a company that turns over US$18 billion (AU$23bn) in one quarter, £1 billion for three months isn't impressive. In fact, it's really underperforming.

Kuo points out that by looking at current numbers of iPhone 5s, iPhone 6 and iPhone 6 Plus users, 2.3 million Watch pre-orders reveals itself to be less than a tenth of the potential customer base.

Compare the Apple Watch to Apple's biggest “flop” of recent years, the Apple TV, and it's clear things aren't as bad as they seem. According to Re/Code, in 2013 Apple TV made US$1 billion (approximately AU$1.2bn) for Apple, the Watch has done this in a quarter.

However, it's nowhere near as successful as the iPhone 6 and iPhone 6 Plus' launch, which saw 10 million phones sold within three days. Assuming it was an even split, the iPhone 6 launch generated £5.79 billion (approximately AU$11bn) for Apple.

Of course, nobody, not even Apple, was expecting the Watch to be as successful as an iPhone launch. But the £1 billion figure is certainly not as impressive as it first looks.

Is the Apple Watch doomed to failure?

To think the Apple Watch is a failure is to misunderstand the market. Apple operates on a completely different level to almost any other company in tech. £1 billion to it is really the absolute minimum a product can turn over in a three-month period. For others, £1 billion is beyond a successful product launch.

To put things in context, while the Apple Watch may not be a success for Apple, it blew away all of its competitors in the space of a week. In fact, it dwarfed even the biggest market successes by a country mile.

Pebble's February Kickstarter for the Pebble Time and Pebble Time Steel saw a lot of attention, reaching its funding goal in under half an hour. The tech world was shocked. But in reality, by the time its campaign ended a month later, Pebble was only shipping 95,900 watches to around 78,500 backers. Apple Watch sold over 23 times that amount of watches in a week.

In fact, smart wearables as a product category have done so poorly that Apple has managed to sell half as many Apple Watches in one week, than the entire industry did in 2014. According to the same Canalys report, last year saw 4.6 million "smart wearable bands" sold to consumers.

If Apple can completely dominate a product category within the space of one week, and then not even count it as a success for the business, just how far behind is the rest of the industry?

Grow your software revenue by selling these 5 affordable, essential tools for the modern workplace
By Vaughn Highfield
Apr 17 2015
6:58AM