Apple will let you disable battery slowdowns in iOS update 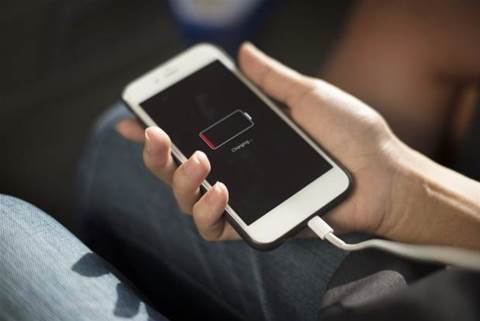 At the start of the year, Apple found itself in an unexpected media storm after reports emerged showing that performance on its iPhones was being capped as battery life reduced over time. Apple confirmed this, providing an explanation as to why, and offering low-cost battery replacement to its customers.

Apple has now pledged to go a step further still. If you don't like the way your iPhone battery is slowing your phone down, you'll soon be able to disable the feature altogether. But it's not recommended – the feature is there for a reason, and that reason is to prevent you having a battery that constantly down tools for a breather. Still, if that's the life you choose for your phone, then more power to you – literally.

The move was announced by CEO Tim Cook in an interview with ABC News. Cook told the news network that the update will roll out in a developer release next month before extending to the public at large. “We're going to give people the visibility of the health of their battery so it's very, very transparent,” he said. “This hasn't been done before.”

The update promises to be more clear with users as to when their pocket pride and joy isn't firing on all cylinders to prevent random shutdowns. And if you think you know better than Apple, then you can indeed step in with an 'owner knows best' strategy. “If you don't want it, you can turn it off,” Cook said.

Again, this isn't recommended. As Apple wrote in its clear the air letter: “It should go without saying that we think sudden, unexpected shutdowns are unacceptable. We don't want any of our users to lose a call, miss taking a picture or have any other part of their iPhone experience interrupted if we can avoid it.” But if you find that preferable to throttled performance, then over to you, sport.

Given Apple is currently replacing batteries of affected devices at a discount, it might be a while before people actually start seeing battery warnings and using the feature. The company's calculation is clearly that the impression of keeping the throttling secret was worse than the throttling itself – and it's hard to argue with their working. When people see how annoying it is to have an unreliable device, they'll likely re-enable the feature – but at least they'll have been consulted this time around.