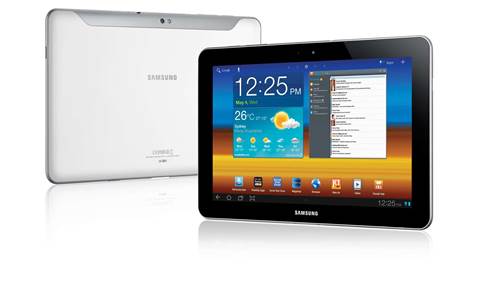 Apple yesterday claimed the most recent win in its ongoing patent war against Samsung, after a judge granted Apple's request to ban sales of Samsung's Galaxy Tab 10.1 in the US.

The preliminary injunction against the Galaxy Tab was issued by a judge who in December had turned down Apple's request to pull the device from US. shelves.

This week California District Judge Lucy Koh ruled the Galaxy Tab does infringe on a design patent used for the iPad, thus creating a "hardship" for Apple.

"While Samsung will certainly suffer lost sales from the issuance of an injunction, the hardship to Apple of having to directly compete with Samsung's infringing products outweighs Samsung's harm in light of the previous findings by the Court."

Koh said the ban will be put in place once Apple delivers a $US2.6 million bond to offset any damages faced by Samsung if the injunction is found to be unjust upon further review.

A Samsung spokesperson told CRN the ruling will not deal too significant a blow to its US tablet sales, as the injunction is only specific to the 10.1-inch Galaxy Tab, not the second-generation Galaxy Tab 2 or 7-inch Galaxy Tab 7.7.

The company said it will, however, respond with legal action, as it feels Apple's accusations are unfairly rooted in one "generic" patent, No. D504,889.

The patent was filed by Apple to safeguard the ornamental design of the iPad, or any aesthetic features not necessarily related to the technical functions of the tablet.

"Should Apple continue to make legal claims based on such a generic design patent, design innovation and progress in the industry could be restricted," a Samsung spokesperson said.

"We will take necessary legal steps and do not expect the ruling to have a significant impact on our business operations, as we possess a diverse range of Galaxy Tab products."

Apple and Samsung have been waging a legal battle for months, after Apple initially claimed that the South Korean company was releasing smartphones and tablets, particularly within its Android-based Galaxy line, that were "slavish" copies of its own iPhone and iPad.