Apple within a whisker of US$3 trillion market value 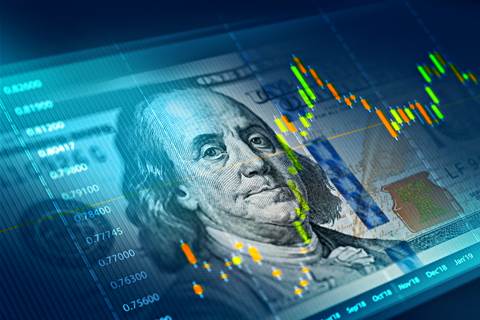 Apple market value hovered just shy of the US$3 trillion mark on Monday, following a stunning run in the company's shares over the past decade that was underpinned by top-selling product launches and a fast-growing services business.

Shares of the world's most valuable company hit a record high in early trading but were down about 1 percent at US$177.60 by midday.

The stock needs to reach US$182.86 to record US$3 trillion in market value. It rose about 11 percent last week, extending gains for the year as investors remain confident that consumers will continue to shell out top dollar for iPhones, MacBooks and services such as Apple TV and Apple Music.

The iPhone maker's march from US$2 trillion to near US$3 trillion in market value took just 16 months, as it led a group of megacap tech companies that benefited from people and businesses relying heavily on technology during the pandemic.

In comparison, Apple's move to US$2 trillion from US$1 trillion took two years.

Eclipsing the milestone would add another feather in the cap for Chief Executive Tim Cook, who took over after Steve Jobs resigned in 2011 and oversaw the company's expansion into new products and markets.

"Tim Cook has done an amazing job over the past decade, taking Apple's share price up over 1,400 percent," OANDA analyst Edward Moya said.

Apple shares have returned 22 percent per year since the 1990s, while the S&P 500 has returned less than 9 percent annually in the same period.

If Apple hits the US$3 trillion milestone, Microsoft Corp will be the only company in the US$2 trillion club, while Alphabet, Amazon and Tesla have crossed US$1 trillion.

Tech stocks have rallied this year as investors tapped increasing demand for cloud, with companies shifting to a hybrid work model and consumers splurging on upgrading their devices.

The rapid embrace of technologies such as 5G, AR/VR and artificial intelligence has also helped these stocks become market darlings as investors gravitated towards cash-rich companies and away from businesses that are more sensitive to economic growth.

"Fed tapering and eventually tightening, along with growth concerns toward the end of 2023 helped Apple resume its role as a favorite holding for most investors," Moya said.

(Reporting by Nivedita Balu and Anisha Sircar in Bengaluru; Editing by Saumyadeb Chakrabarty and Shounak Dasgupta)

Grabbing the hybrid cloud opportunity with Lenovo and Azure Services
By Staff Writer
Dec 14 2021
9:40AM