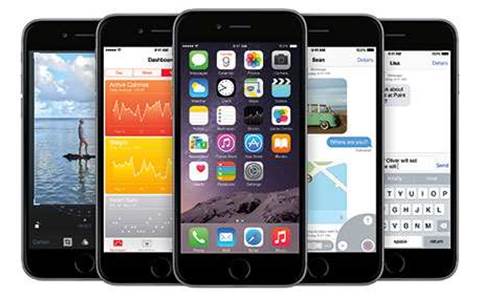 Apple's Australian tax bill has more than double in a year of strong profits but flat revenue.

The local operation, Apple Pty Ltd, paid out $80.3 million in income tax in the last financial year, an increase of $43.9 million (120.6 percent) over the $36.4 million it coughed up the previous year, according to its annual report to ASIC.

The fluctuating Aussie dollar was the big factor: Apple booked an unrealised foreign exchange gain of $106.4 million in the 2014 financial year, up significantly from a $46.9 million loss the previous year.

An Apple Australia spokesperson agreed that currency fluctuations "have had an effect" on its results, and declined to comment further.

Apple is one of a number of technology companies under scrutiny locally and internationally for its practices around tax.

"Right now, under the structure, the majority of profit that should be taxed in Australia is shifted to Ireland. And that profit is not subject to tax in Ireland or anywhere in the world," he said at the time.

The Australian Tax Office last week revealed it has investigated 25 international technology companies over the past 18 months for tax avoidance as part of its ongoing crackdown on elaborate cross-border tax structures and profit shifting.

The ATO declined to name the 25 technology companies in question.

The federal government late last year gave the ATO extra resources to embed auditors within the local offices of multinational companies in order to stamp out the use of legal loopholes that allow global enterprises such as Google and Apple to minimise the amount of tax they pay in Australia.

Treasurer Joe Hockey at the time said Australia was missing out on up to $3 billion as a result of these schemes. Corporate tax is the second-largest source of federal government revenue in Australia behind income tax.

Apple's consolidated revenue flatlined over its fiscal year to 27 September 2014, down 0.5 percent to $6.07 billion.

While Apple released its new smartphones, the iPhone 6 and iPhone 6 Plus over the period, they only hit the Australian market on 19 September, days before the end of the financial year.

Globally, Apple shifted a record 10 million units of the latest-generation smartphones in the opening weekend.