Apple’s four new iPhone 12 models: What you need to know 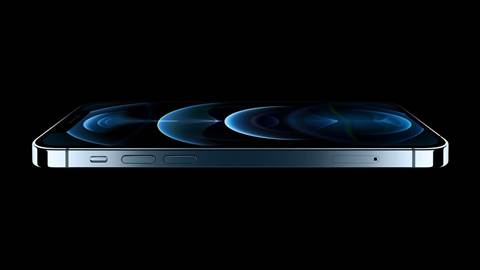 For iPhone fans, there’ll be more options to choose from in 2020. Apple unveiled four new models on Tuesday, as part of the forthcoming iPhone 12 series.

The new iPhone models will offer differing display sizes and a few other distinctions from each other. But the four new iPhones will also have a lot in common.

For one thing, Apple is bringing vibrant OLED to every new iPhone model for the first time in a fall launch (phasing out LCD). The iPhone 12 models also sport a new flat-edge design, enabling the aluminum enclosure and glass to stay flush.

Perhaps most notably, the iPhone 12 lineup will be the first to support high-speed 5G connectivity. And 5G won’t be a feature reserved for the pricier models, either, with all four new iPhones supporting 5G from the get-go.

“This marks the start of a new era for iPhone,” said Apple CEO Tim Cook, in his prerecorded remarks for the fall iPhone announcement event on Tuesday. 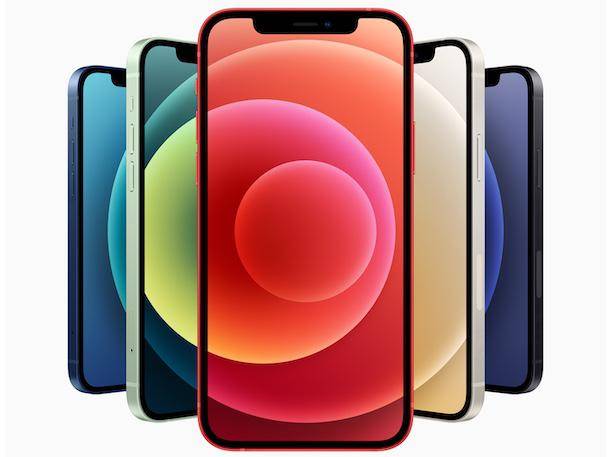 Like the iPhone 11 was in last year’s lineup, the iPhone 12 is the standard model that Apple expects the largest number of users to buy. Along with the addition of 5G support--and an OLED display as part of the new flat-edge design--the iPhone 12 will get a number of other upgrades. Those include the introduction of a new wide camera on the rear, featuring an improved ƒ/1.6 aperture; the 5-nanometer A14 Bionic processor, which Apple says can reach as much as 50-percent faster speeds than its closest competitors; higher resolution on the display, offering 460 pixels per inch versus 326 ppi on the iPhone 11; and a 4X more durable display using “Ceramic Shield” material.

Apple has also reduced the bezels around the display on the iPhone 12. That move has led to a more compact iPhone model with the iPhone 12—which is 15 percent smaller in volume, 11 percent thinner and 16 percent lighter than the iPhone 11, Apple said.

On battery life, the iPhone 12 will offer up to 17 hours of video playback, identical to that of the iPhone 11. Apple also announced new MagSafe accessories--which snap magnetically onto the back of the phone, as a new way to provide wireless charging. For the first time, Apple is introducing a “Mini” variant into its fall iPhone lineup—which shouldn’t be confused with the iPhone SE, as it has a lot more to offer on specs and features (and a higher price tag). Compared to the standard iPhone 12, the biggest difference on the iPhone 12 Mini is the display size, of course. The iPhone 12 Mini display measures 5.4 inches, making its screen about 11 percent smaller than the iPhone 12. Apple also pointed out that the iPhone 12 Mini has a more compact size all-around than past models that had a 4.7-inch display, such as the iPhone 8.

The fact that such a small phone supports 5G is also unique, with the iPhone 12 Mini set to become “the smallest, thinnest, and lightest 5G smartphone in the world,” Apple said.

Otherwise, the iPhone 12 Mini has many of the same attributes as the iPhone 12, including around the A14 Bionic processor, camera system, MagSafe accessory compatibility and screen durability. To put it bluntly, a lot of what Apple is promoting about the “pro” models in the iPhone 12 lineup is available in the iPhone 12 and 12 Mini—including 5G support, an OLED display with improved “Ceramic Shield” durability, the A14 Bionic processor and compatibility with MagSafe accessories. The iPhone 12 Pro even has an identical display size to the iPhone 12, at 6.1 inches (though that’s up from 5.8 inches on the iPhone 11 Pro). And display resolution is the same, too, at 460 ppi.

Most buyers of the iPhone 12 Pro, then, are probably those that are looking for the best possible iPhone camera. And they shouldn’t be disappointed, with the iPhone 12 Pro featuring a triple camera system on the rear and new features such as a new image signal processor for enhancing photo quality, 4X optical zoom, Dolby Vision HDR video recording and a LiDAR scanner (for enabling improved augmented reality and faster autofocus in Night Mode).

Apple’s iPhone 12 Pro price will start at $1699. Pre-orders will start on Friday and shipping begins Oct. 23. Key features that the iPhone 12 Pro Max has in common with the other models include 5G support, the A14 Bionic chip, MagSafe accessory compatibility and enhanced durability.

Cloud application revenue made easy
By Kyle Alspach
Oct 15 2020
6:48AM