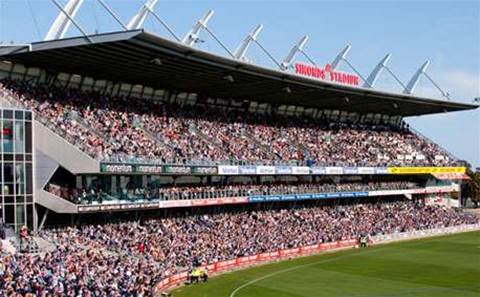 Australian firm DC4G is claiming an Australian first for Apple's iBeacon technology, with news it will be trialing the technology at this weekend's Geelong cats AFL game.

The company has announced the low frequency iBeacon transmitters will be setup in Simonds Stadium. Spectators will be a able to download a pass to a mobile wallet on their phone to receive notifications of food and drink offers, parking conditions and event information. The system also integrates with Point of Sale and Eftpos terminals.

The system will be operational for when the Geelong Cats play the West Coast Eagles this weekend. The stadium has a capacity of more than 33,000.

It's not the only interest DC4G is generating with iBeacon. The company has also announced plans to roll out the transmitters in 45 shopping centres, and is in negotiations to supply the technology to an airline.