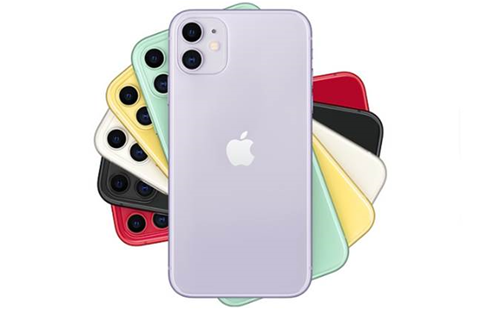 Apple's iPhone business has returned to an upward trajectory due to the popular iPhone 11, but iPad sales are down significantly despite the recent refresh of a key model.

The Mac also slipped during Apple's fiscal first quarter, ended 28 December 2019, though the company attributed the drop to a major launch of Mac models during the year-ago quarter.

Notably, while iPhone revenue did grow during the quarter compared to the same period a year earlier, the iPhone is still well below its former highs. First-quarter iPhone revenue came in at US$55.96 billion, up 7.7 percent from US$51.98 billion a year earlier--when Apple first reported a drop in iPhone sales that persisted throughout its fiscal 2019.

However, the iPhone business is still down about 8 percent from where it was two years ago; Apple's fiscal 2018 first quarter had seen iPhone revenue of US$61.1 billion.

A slowdown in iPhone upgrades and reduced demand from China have been among the issues plaguing Apple, though CEO Tim Cook said the iPhone had "strong performances" in emerging markets including mainland China during the quarter.

Overall, iPhone sales growth during Q1 came "thanks to the exceptional demand for the iPhone 11, iPhone 11 Pro and iPhone 11 Pro Max," Cook said during the quarterly call with analysts. "In fact, iPhone 11 was our top-selling model every week during the December quarter, and the three new models were our three most popular iPhones."

The models launched in late September, making Q1 the first full quarter of sales for the iPhone 11 line. The iPhone 11 features the same 6.1-inch LCD display as its predecessor iPhone XR, but offers an improved camera and a price cut of US$50.

Even with the declines in iPad and Mac--and the iPhone business remaining below its former levels--Apple reported achieving record revenue during the first quarter of fiscal 2020, buoyed by growth in services and wearables. Total quarterly revenue reached US$91.82 billion, up 8.9 percent from the year-ago quarter, when revenue was US$84.31 billion.

Apple's iPad revenue sank 11.1 percent during the quarter to $5.98 billion--despite the debut during the quarter of a refreshed model of the entry-level iPad, which is the most affordable and historically the most popular model in the lineup. The seventh-gen iPad features a larger display at 10.2 inches, versus 9.7 inches previously, and ability to connect directly to a keyboard for the first time.

And, Maestri attributed the Mac revenue drop of 3.5 percent, to $7.16 billion, to the same dynamic as the iPad.

"Both products had a difficult year-over-year comparison due to the launches of MacBook Air, Mac Mini and iPad Pro during the December quarter a year ago," Maestri said.

Still, like with the iPad, Apple's Mac business had seen some important product debuts during the quarter. Apple launched a brand-new MacBook Pro model in Q1 featuring a larger screen at 16 inches, along with a new scissor keyboard design (in place of the troubled butterfly keyboard), a larger battery and expanded RAM and storage.

Understandably, Apple executives spent more time during the call touting the results in services and wearables. Cook said demand for AirPods has been "phenomenal," while Apple Watch has also seen strong growth. Revenue surged 36.9 percent to $10.01 billion during the quarter, year-over-year, in the company's Wearables, Home and Accessories business.

Apple's Services business includes the App Store and iCloud, as well as newer additions such as Apple TV+, which debuted in November. Apple reported that its quarterly Services revenue climbed 16.9 percent to $12.72 billion, compared to a year earlier.

Grow your software revenue by selling these 5 affordable, essential tools for the modern workplace
By Kyle Alspach
Jan 30 2020
8:53AM