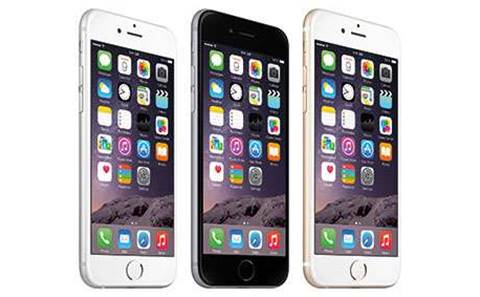 The iPhone 6 hit stores Friday morning, with consumers coming in droves, waiting in line for hours, and thousands even camping out on sidewalks Thursday night at the doors of Apple stores.

"Sales for iPhone 6 and iPhone 6 Plus exceeded our expectations for the launch weekend, and we couldn’t be happier," said Apple CEO Tim Cook in a statement.

"We would like to thank all of our customers for making this our best launch ever, shattering all previous sell-through records by a large margin. While our team managed the manufacturing ramp better than ever before, we could have sold many more iPhones with greater supply and we are working hard to fill orders as quickly as possible."

The iPhone 6 and 6 Plus hit store shelves Friday in 10 different countries and regions, including the US, Canada, Australia, France, Germany and the UK. Apple said the devices will be released in 20 additional countries this Friday and will be available in 115 countries by year's end.

Both iPhone 6 models have not yet been made available in China, the largest smartphone market in the world, because they have not yet passed Chinese government regulations. Apple has not yet revealed an official date for the iPhone 6 release in Chinese markets.

The iPhone 5s and 5c were available in China on the weekend of their release last year, which some partners say makes the iPhone 6 sales numbers even more impressive.

Apple said last Monday that in the first 24 hours of accepting pre-orders for the iPhone 6 and 6 Plus, the company took more than 4 million orders, doubling the record of 2 million set by the iPhone 5.

Apple's new iPhone 6 models are the company's first to delve into the big-screen smartphone market of "phablets," with their larger Retina HD displays. The iPhone 6 features a 4.7-inch screen, while the iPhone 6 Plus measures 5.5 inches, both larger than the 4.1-inch screen on the iPhone 5.