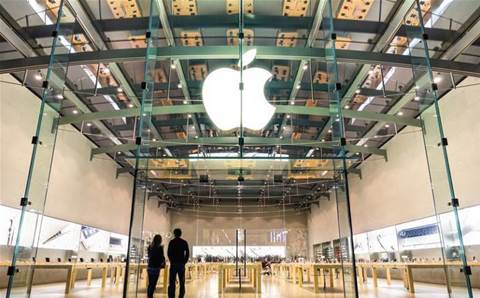 Authorities in multiple US states are reportedly continuing to scrutinise Apple’s practices around throttling the performance of older iPhones, several years after the practices first surfaced.

According to a Reuters report, officials in Arizona are leading an investigation of the practices that involves multiple states. The officials are seeking to determine whether Apple’s throttling practices “violated deceptive trade practice laws,” the report said.

“Arizona is at the forefront of data privacy and consumer protection matters involving Big Tech, and while we cannot confirm a specific investigation, we will hold tech giants accountable if they purposely deceive or harm their users,” said Ryan Anderson, a spokesperson for the Arizona attorney general’s office, in a statement provided to CRN USA.

The Reuters report did not specify the other states that are involved in the Apple probe--but did allude to a possibility that the attorney general of Texas may be planning to sue Apple over the throttling practices.

The investigation has been running since at least October 2018 and has included requests for data from Apple about the practices, according to Reuters, which cited documents that the news outlet had reviewed.

In December 2017, Apple acknowledged that it had been slowing the operations of older iPhone models to help reduce the impact on batteries as they age.

The measures, initially delivered in January 2017 as part of iOS 10.2.1, were also targeted at reducing unexpected shutdowns on models such as the iPhone 6 and iPhone 6S.

While Apple had in fact disclosed that iOS updates would include measures to reduce the impact on aging batteries, the company hadn’t said that the measures could cause performance reductions.

Following an outcry, Apple CEO Tim Cook acknowledged that the company mishandled the matter, saying that “maybe we should‘ve been clearer” in disclosing the measures.

Apple went on to provide out-of-warranty iPhone battery replacements for $29, down from the normal price of $79.

Then, this past March, Apple also agreed to a $500 million settlement over the practices, with the money slated for users of iPhone 6 and iPhone 7 models.